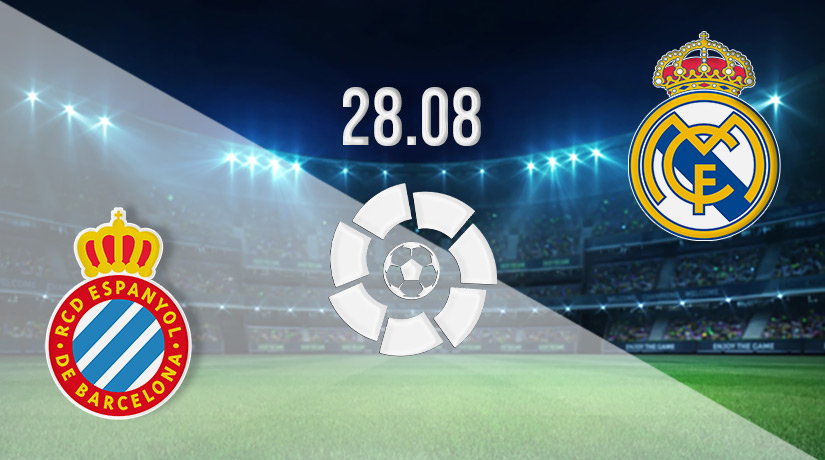 Real Madrid have started the new season in excellent form as they look to retain their La Liga title. Espanyol are the hosts for this fixture in the Spanish top-flight this weekend, as they look for a first victory at the third attempt this term.

Real Madrid have made a fast start to their title defence in Spain, as Carlo Ancelotti looks to bring the La Liga title back to the club. Madrid will need to find a new balance within the squad after losing Casemiro to Manchester United during the summer transfer window, which means a number of the younger players will be given an opportunity to shine.

Real Madrid picked up a second victory to start the new season last weekend, as they easily beat Celta Vigo 4-1 on the road. Karim Benzema opened the scoring from the penalty spot after 14 minutes, before Celta levelled with their own penalty just ten minutes later.

However, Madrid still managed to go into the break with the lead, as Luka Modric found the net. Further goals were added in the second half through Vinicius Jr and Federico Valverde.

Espanyol’s goal this term will likely be to survive in La Liga. However, they come into this fixture still looking for a first victory of the season. They have already allowed four goals in the two games that they have played, which means that they will need to tighten up defensively ahead of the visit of the European champions.

Their first home match of the new season didn’t go to plan, as they were beaten 2-0 by Rayo Vallecano. Both sides lost players to red cards in the opening half, with Sergi Gomez sent off for Espanyol. However, it was Vallecano that responded better to their sending off, as Isi Palazon and Pathe Ciss scored the goals in the win.

Real Madrid boast an extremely dominant record in this fixture, as they have won 24 of the previous 29 meetings between the sides. During that period, Madrid has averaged 2.5 goals per match, while Espanyol have averaged just 0.4.

It looks hard to bet against Real Madrid maintaining their perfect record in La Liga this weekend. We could see the travelling side securing a 3-1 victory, with Benzema once again getting on the scoresheet.

Make sure to bet on Espanyol vs Real Madrid with 22Bet!