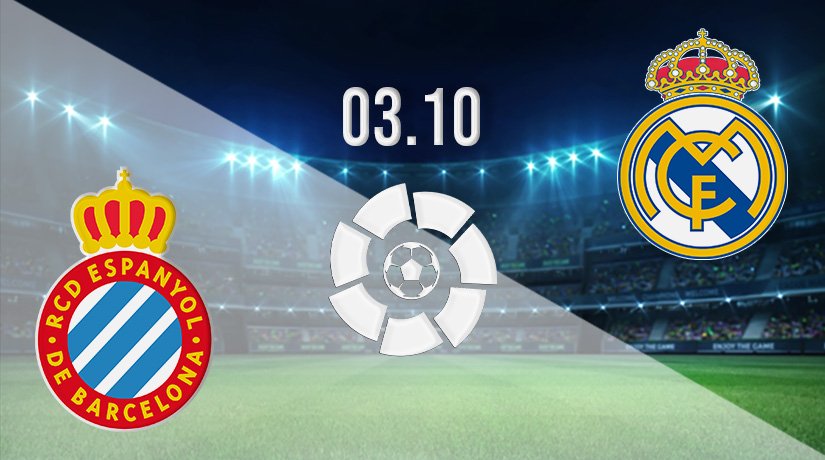 Real Madrid will be looking to put an embarrassing night in the Champions League behind them on Sunday afternoon, as they travel to Espanyol looking to maintain their unbeaten start to the La Liga season.

Real Madrid were handed one of their most embarrassing results in their history in midweek, as they were beat by minnow FC Sheriff in the Champions League at the Bernabeu. It was a humbling defeat for the home side on that evening, and they will need to put it behind them as they return to domestic action this weekend against Espanyol. Their league form has been relatively solid over the opening seven games of the campaign, as they have won five of the games that they have played. No side in the Spanish top-flight have scored more goals than them this season, as they have found the back of the net on 21 occasions. However, their impressive attacking outlet wasn’t able to find a way through last weekend, as Madrid were held to a 0-0 draw by Villarreal.

Espanyol are just outside the relegation places at this early stage in La Liga, as they have picked up just six points from the seven matches that they have played. They have a three-point cushion over Granada at this stage, but defeat this weekend, could allow those below them to leapfrog them in the league standings. Espanyol have lost just once in their last three fixtures, but that loss did come in their most recent La Liga fixture against Sevilla. They managed just two shots on goal in that game, but conceded at important stages. Espanyol will need to ensure that they remain switched on throughout this fixture against the league leaders.

This is certainly not a fixture that the home side will be looking forward to, as they have lost 104 times in 172 league fixtures against Real Madrid. The visitors also hold dominance in the recent fixtures between these sides, winning 20 times in the last 23. Over the course of these fixtures, Real have scored 61 times and have managed to keep 17 clean sheets.

It is very hard to look past the dominance that Real has enjoyed in this fixture in the past. For that reason, it’s very challenging to see anything other than an way win at the Cornella-El Prat.

Make sure to bet on Espanyol vs Real Madrid with 22Bet!