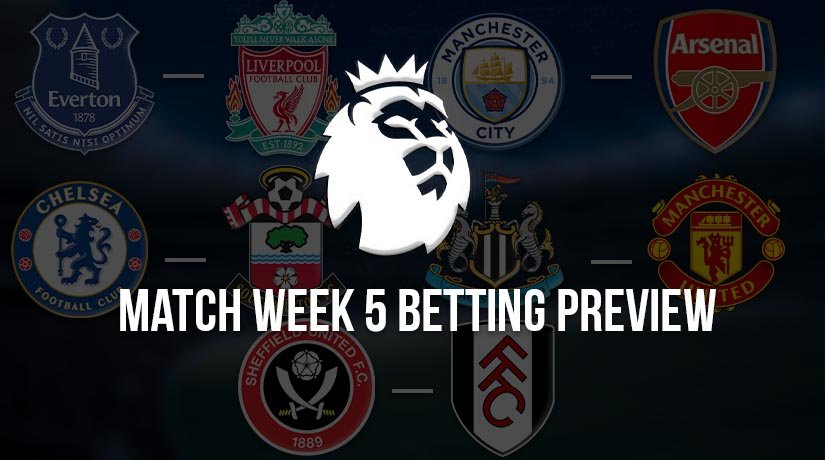 We begin our Premier League betting preview with the first Merseyside Derby of 2020/21 campaign and this promises to be a cracker. The league leaders against the defending champions. Everton have made a perfect start to the season and have maximum points on the board after four games. Liverpool were hammered 7-2 at Villa Park in their last away trip and Jurgen Klopp will demand an instant response from his Reds. Winning this derby match at the home of their great rivals would be the perfect way to silence their critics and get their title defence firmly back on track. 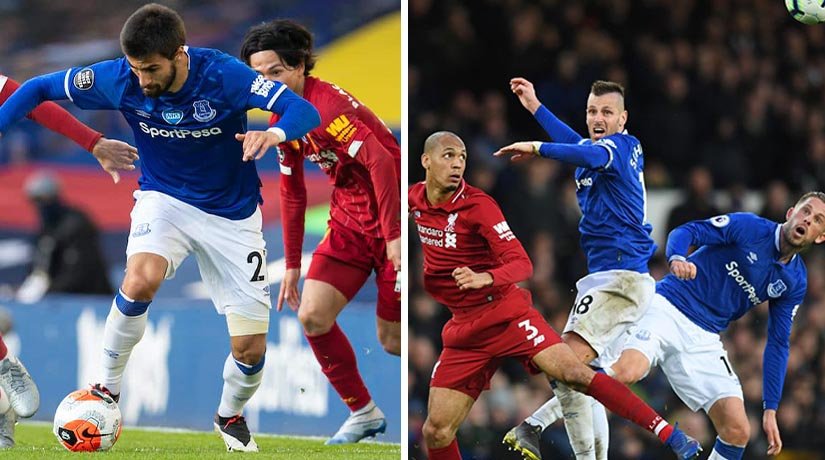 Next in our Premier League matches previews, this is the only tie scheduled to kick-off in the traditional 3:00 pm Saturday slot as Chelsea host Southampton at Stamford Bridge in London. The home team were this summer’s biggest spenders as the board backed manager Frank Lampard heavily, funding a multi-million-pound recruitment drive. Some of the biggest names in European football are now on the books at Chelsea but they have stuttered in the early part of the season. The blues have taken just four of the last nine points available to them, but they did win last time. Saints arrive on the back of two wins in their last two games and confidence is high.

Premier League predictions favourites Manchester City return to the Etihad Stadium where they take on a plucky Arsenal side who look determined to battle their way to a top-four finish this season. The Gunners are desperate to force a return to Champions League football and they have started brightly, winning three and losing one game so far. The visitors could propel themselves to top of the league with the right result but that’s easier said than done. Man City can be found down in 14th place and are winless in their last two. Pressure is on Pep Guardiola’s side to show just what they are made of in an important season. Listen to more on our Premier League betting tips news at the podcast section of our site. 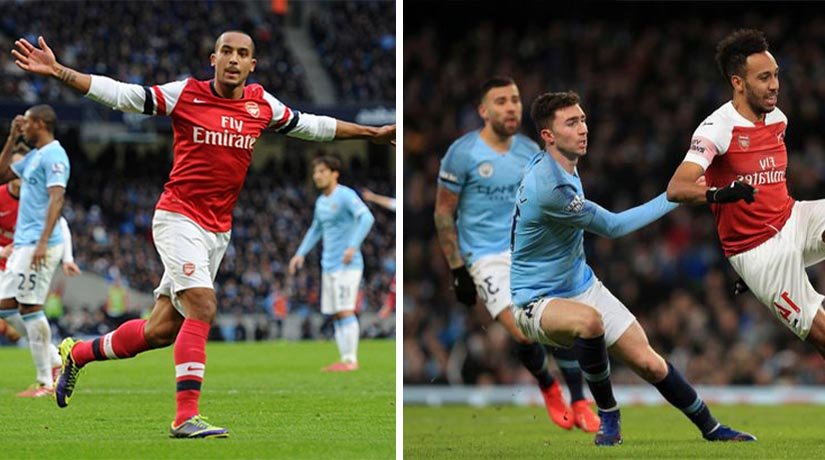 Top of the bill from Saturday’s Premier League preview comes from St James’ Park where Newcastle United and Manchester United dispute three valuable points. The Magpies are placed in midtable and enter on the back of a two-match unbeaten run, following a 1-1 draw at Tottenham with a stunning 3-1 victory over Burnley when last at this venue. The locals now have a solid foundation on which to launch their season. Manchester United suffered from poor form in the early part of last season and are struggling again this term. The Red Devils are down in 16th place having lost two of their three games. Man Utd were hammered 6-1 by Spurs at Old Trafford last time and the players now owe the support a quickfire response.

An action-packed Sunday from our English Premier League preview begins at Bramall Lane from midday when Sheffield United host newly-promoted Fulham. The Blades enjoyed a successful season last term but have struggled in the early part of this year. Sheff Utd are joint bottom of the table without a point on the board, matched only by Fulham. These teams have conceded a combined 17 goals already, but Fulham have found the net three times to the one of their hosts. Those stats suggest this could be a tense affair and the result will give football fans an early indication into which team may spend the season fighting against relegation.

The second of four games from our football preview Premier League scheduled to be played on Sunday comes from London where Crystal Palace hope to make home advantage count against Brighton. The Eagles got off to the perfect start when grabbing six points from their first two games of the season, but Palace failed to maintain their form and have since lost each of their last two. They were last seen losing 4-0 at the home of city rivals Chelsea and everyone connected to the club know improvement is needed. Brighton have also lost each of their last two and have just three points on the board from a possible dozen, conceding 10 goals. 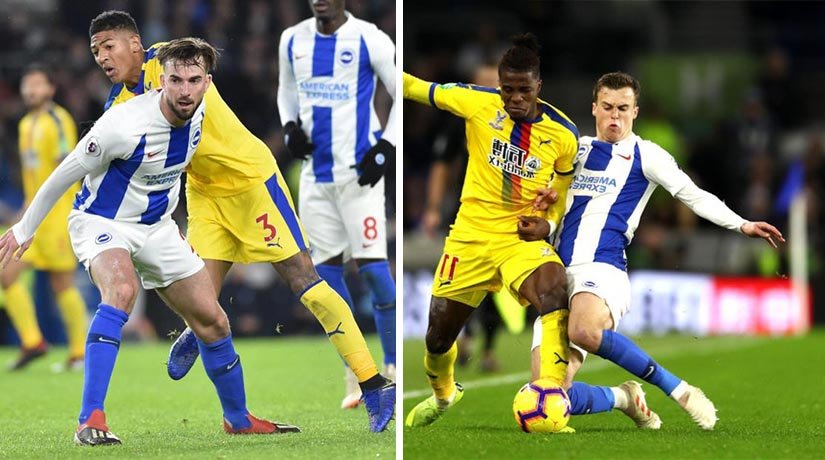 A London derby set to entertain armchair fans across the UK as Tottenham Hotspur welcome West Ham United to their impressive new stadium. There is no love lost between these capital city rivals and with both sides believing they have what it takes to grab the three points it should make for a gripping 90 minutes. Tottenham are unbeaten in their last three games and take confidence from a stunning 6-1 win achieved over Manchester United at Old Trafford before the international break. They have netted 13 goals in their two games this month after thrashing Maccabi Haifa in the Europa League playoffs. West Ham arrive on the back of a two-game winning run and impressed when beating high-flying Leicester City 3-0 at the King Power Stadium last time.

Top of the bill on Sunday pairs Leicester City and Aston Villa at the King Power Stadium and there’s more to this game than first meets the eye. The Foxes started the season well as they aim to build on last term and drive themselves back into the top four and Champions League football. Despite winning their first three games the locals were beaten 3-0 at this venue by West Ham before the international break in what was one of the week’s surprise results. Aston Villa were one of the pre-season betting favourites to be relegated but start the week second in the table with a 100% record. Victory for Aston Villa would ensure critics begin to take their challenge seriously.

The first of two fixtures to be played in the English Premier League on Monday evening comes from the Hawthorns where newly promoted West Brom aim to pick up their first win of the new campaign when hosting a Burnley side who are also yet to get off the mark. The Baggies have played four, lost three and drawn one, scoring five goals but already conceding 13. It looks like it could be a long season for followers of West Brom as they battle against relegation back to the Championship. Burnley have lost each of their three games so far, scoring three goals but conceding eight at the other end and are ahead of bottom club Fulham only on goal difference. The form of both sides suggests a tense 90 minutes lies ahead. 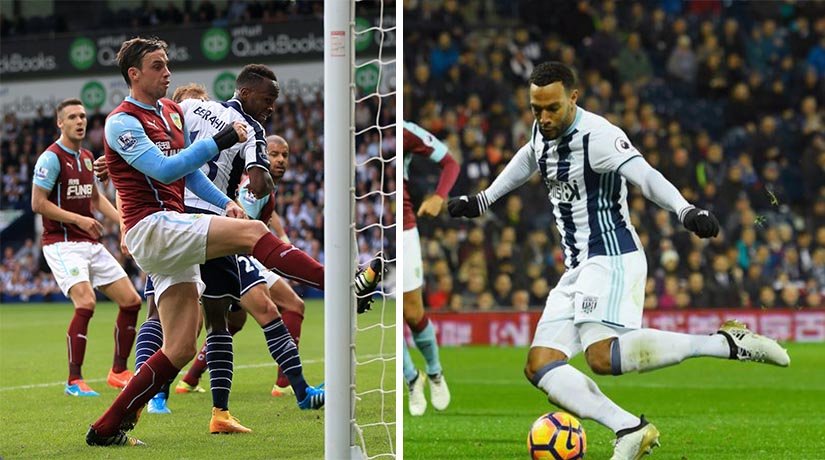 Leeds United wasted no time getting used to the top tier of English football following their Championship title win back in the summer. The Peacocks line-up for this home match sitting in eighth place with seven points on the board thanks to two wins, one draw and a defeat. The interesting thing to note about Leeds is they have already scored nine goals and conceded eight in their first four outings and they’ll likely be an exciting addition to the competition. Big things were expected of Wolves again this season, but they have won two and lost two so far and can be found down in 13th place. Despite that sketchy start, the visitors make this trip on the back of a hard-fought 1-0 win over Fulham last time and supporters hope that’s the start of their fightback.