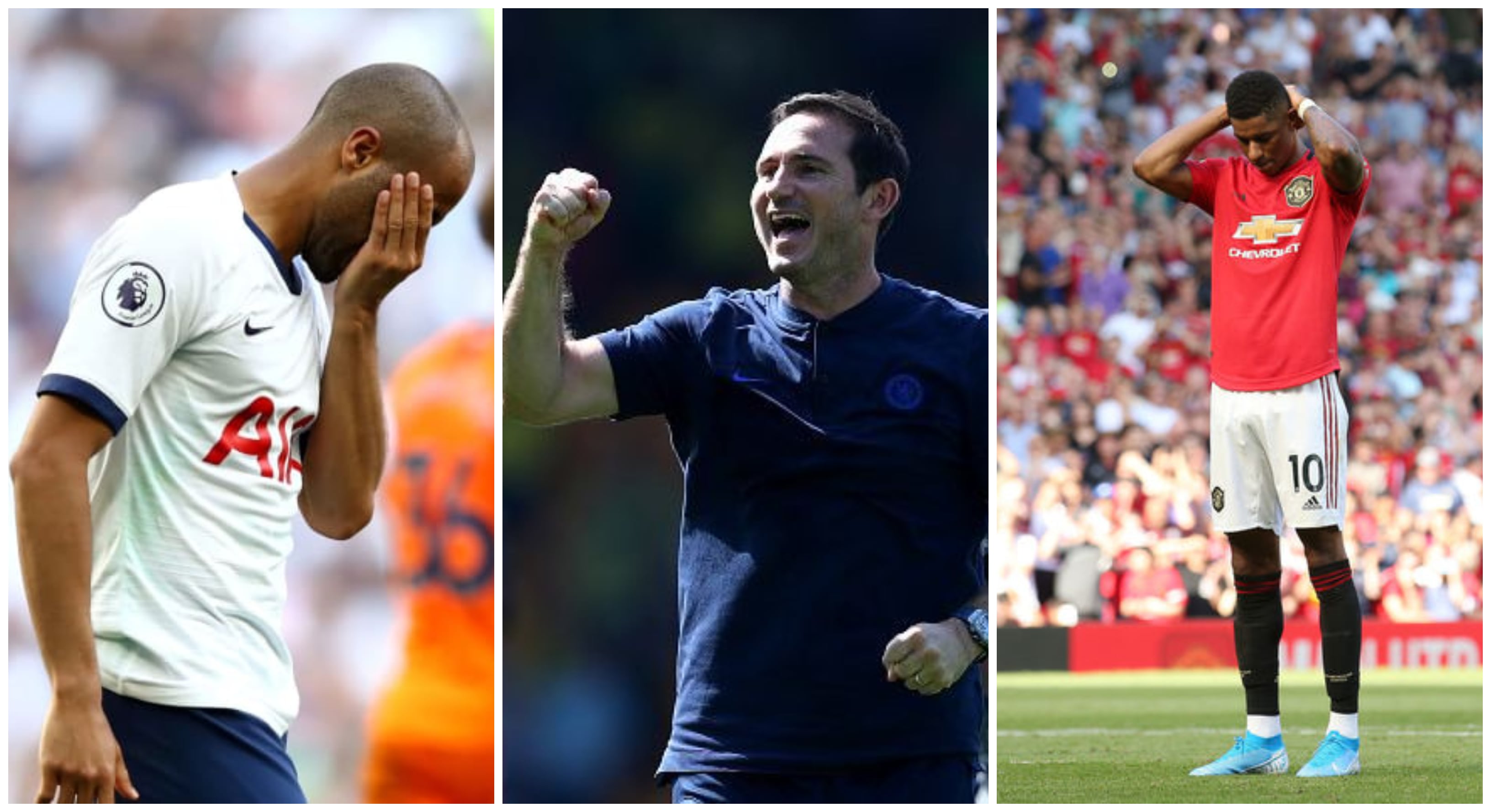 The English Premier League 2019/20 is well underway now, and there are only two teams that are yet to claim a win. There were a host of shock results over the weekend, as well as a clash between two of the biggest teams in the country.

The only two sides with 100% records met this past weekend, and it was Liverpool that displayed their credentials to be the only side to have won all of their fixtures this season. A brace from Mohamed Salah and a Joel Matip goal saw the Gunners come crashing back down to earth. Arsenal has endured a terrible record at Anfield since 2012, but Lucas Torriera scored a late goal to give them something to build on ahead of next Sunday’s North London derby.

There were no such positives for Spurs, as they fell to a shock home defeat against Newcastle United. Joelinton scored the only goal of the game for the visitors, but Spurs once again lacked the creative edge in the final third to break down a resilient Newcastle side. Harry Kane had just the one shot on goal in the game and hasn’t scored since their opening fixture.

Ole Gunnar Solskjaer’s honeymoon period at Old Trafford is over, as the Red Devils fell to a shock defeat at home against Crystal Palace. The visitors went ahead through Jordan Ayew. United missed a golden opportunity from the spot as Marcus Rashford smashed the post before Daniel James equalized in the final ten minutes. However, the Eagles restored their lead in the final minute through Patrick van Aanholt to get their first-ever Premier League win over United.

Pep Guardiola’s side went into their fixture at Vitality knowing that only a win would do if they were to keep tracks on Liverpool at the top of the league. The Citizens were in complete control from the very first minute, and goals from Sergio Aguero and Raheem Sterling gave them a strong advantage. A superb Harry Wilson free-kick threatened to ruin City’s day on the south coast, but a second-half strike from Aguero restored their two-goal lead.

Frank Lampard got his first win as Chelsea manager as the Blues won a pulsating fixture at Carrow Road. The Blues twice went ahead through Tammy Abraham and Mason Mount goals, but Norwich twice struck back through Todd Cantwell and Teemu Pukki. However, Abraham scored 20 minutes from time to cap a fine individual performance and a first win of the season for Chelsea.