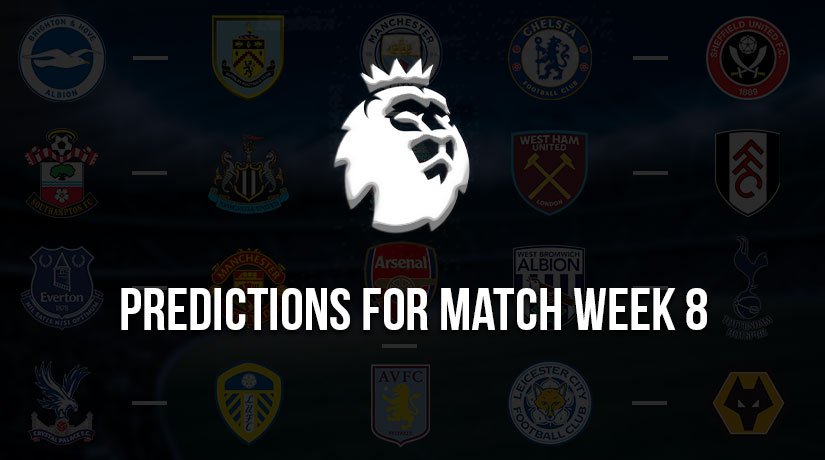 Welcome to our Premier League predictions this weekend. Premier League football returns following the midweek UEFA Champions League and Europa League action. Play gets underway on Friday evening with a double-header, starting with Brighton’s home match against Burnley. The locals started the week down in 16th place in the league with just five points on the board. They won only one of their first seven outings at this level, drawing two and losing the other four. The Seagulls are two points better than the relegation zone, making it vital they turn their form around quickly. Opponents Burnley are rooted to the bottom of the division without a win and only a single point taken from 18 available. Premier League predictions below.

Bet on Brighton vs Burnley HERE!

Southampton are enjoying some of the best form in the UK at the minute with 13 points collected from the last 15 available thanks to four wins and a draw. The Saints have shot up the Premier League table and started the week in the top-four with 13 points on the board. That tally leaves them just three off the pace set by Liverpool. Newcastle United have also been in strong form, winning two and drawing two of their four most recent outings. Two teams high on confidence and believing they have what it takes to claim all three points should make ensure this is a fascinating contest from the first whistle. 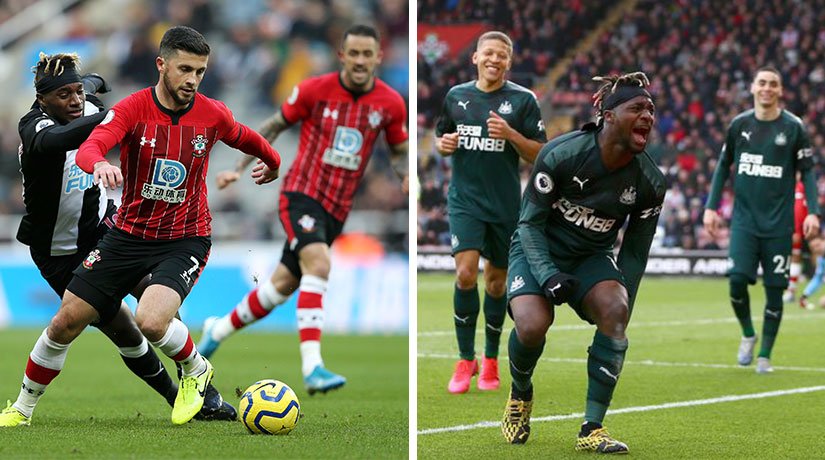 This first of our English Premier League predictions for Saturday. The Premier League hosts a four-match fixture list on Saturday afternoon and the action gets underway at Goodison Park where Everton host Manchester United. This clash will be shown live on television to a bumper audience from 12.30 pm. Everton started the season in great form and rocketed into pole position before the Merseyside Derby. They were held to a draw in that match by bitter rivals Liverpool and have lost their two matches since, going down to Southampton last month and Newcastle at St James Park last week. The Red Devils were beaten 1-0 by Arsenal at Old Trafford last time out and find themselves under increasing pressure to get back to winning ways. The Red Devils fell to 15th in the table following that defeat to the Gunners.

Second of our English Premier League predictions for Saturday. Crystal Palace return to London where the do battle with newly-promoted Leeds United who won the Championship last season. The Eagles have started in a typically inconsistent manner, winning three, losing three and drawing one game so far. The locals have scored only eight goals and already conceded 11. They prepare for this match having won just one of their last five at this level and they were beaten 2-0 by Wolves last time out. Leeds United have already proven themselves worthy of their place in the Premier League, collecting 10 point to sit 12th in the table. The Peacocks have scored a dozen goals and that’s more than Wolves in sixth. They make this trip to the UK capital having beaten Aston Villa on the road at the end of October.

Click here to bet on Crystal Palace vs Leeds United. 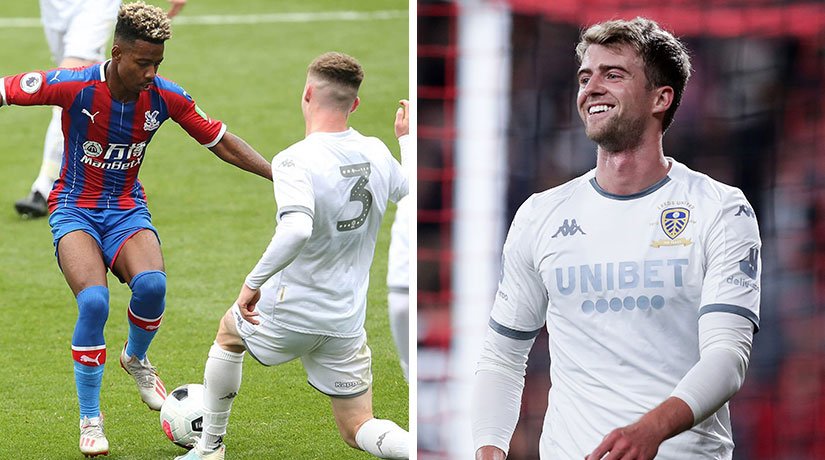 This is an important season in the career of Chelsea manager Frank Lampard. The former Blues captain impressed long term when working under the restrictions of a transfer embargo, but he was given substantial backing by his board in the summer, enabling him to spend freely in the transfer market. The money men now want to see a return on their investment. They demand a title challenge and progress into the later rounds of the Champions League. Chelsea are seventh in the Premier League having won three, drawn three and lost one game so far, scoring 16 goals but conceding nine in the process. They are unbeaten in their last five and won last time out. Opponents Sheffield United also impressed last season but are joint-bottom of the league heading to London. The Blades have lost each of their last two Premier League games and four of five. Premier League odds to follow.

Top of the Premier League bill on Saturday is a London Derby match involving West Ham United and Fulham. The hosts have started the season well and entered the weekend in 14th place. The Hammers have collected eight points so far, winning two, drawing two and losing three. That doesn’t impress at first glance but it’s worth digging a little deeper. West Ham hammered Leicester 3-0, drew 3-3 with Spurs and 1-1 with Man City before going down 2-1 at Anfield. The East Londoners have already shown they will be a match for any side this season. Fulham have struggled since gaining promotion to the Premier League through the Championship playoffs and are currently one point better than the relegation zone. The Cottagers have managed only one this season but that did come last time out, beating West Brom on Monday evening. Follow our betting tips.

Click here to bet on West Ham vs Fulham. 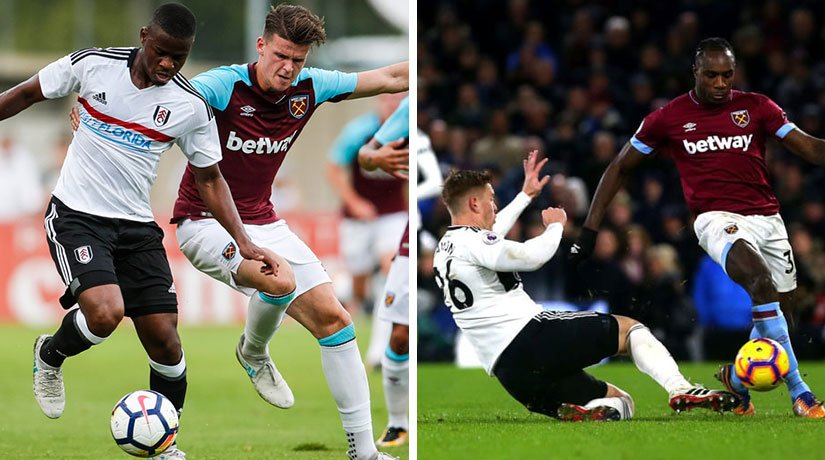 Next in our Premier League fixtures this weekend. Tottenham arrive at the Hawthorns on a fantastic run of form that has seen them go unbeaten in their last five, winning three and losing two. Spurs climbed to third in the Premier League and are just two points off the pace set by Liverpool at present. They will be confident of grabbing a third win on the bounce. West Brom are in the relegation zone and have yet to pick up a win, drawing three and losing four. The Baggies have already conceded 16 goals. Football predictions below.

An intriguing match from the King Power Stadium where two sides hopeful of claiming a European finish clash in Leicester City and Wolverhampton Wanderers. The home team started brightly and entered the weekend second in the division, just a point behind leaders Liverpool. Brendan Rodgers’ side have won five and lost two so far, banking each of the last six points available to them but were in Europa League action on Thursday. Wolves are down in sixth, level on points with Everton and the top-four. It’s worth noting Wolves have scored eight goals and conceded eight goals in their previous seven games. Follow our betting tips.

Bet on Leicester vs Wolves HERE! 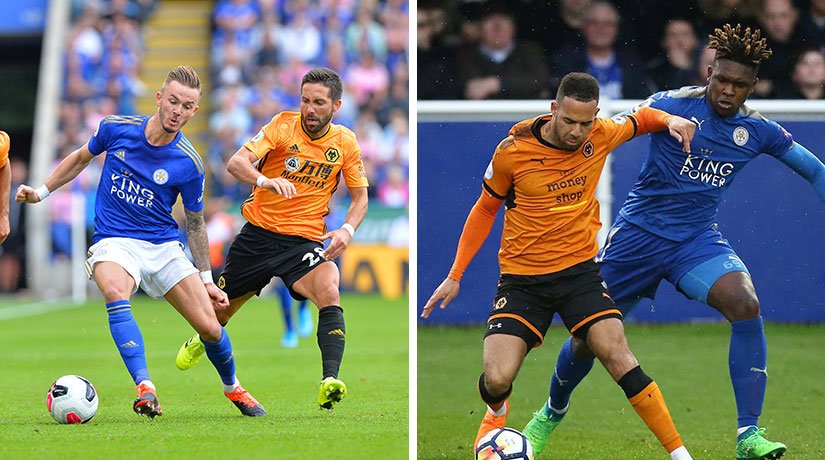 One of the biggest games of the weekend on the PL schedule this week will be played at the Etihad Stadium on Sunday afternoon as title rivals Manchester City and Liverpool go toe-to-toe. The home side have played one game less than most other sides in the league and entered the weekend in midtable. They are just two points off the top-four, however, and are unbeaten in their last four. That purple patch consists of two wins and two draws. Will they get the home win? Liverpool are in pole position on 16 points and have won each of their last two as they begin to turn the screw on their title defence. A win at the home of their main rivals would send out a message of intent to the rest of the competition. Man City were favourites in Premier League predictions 2019/20 but lost out to Liverpool. Will they get their revenge? Check out our EPL expert predictions.

Click here to bet on Man City vs Liverpool.

The last of our match previews for this weekend. Arsenal are back at the Emirates Stadium following that big win over Manchester United last weekend. The Gunners hope that result is a turning point in their Premier League season and the beginning of an assault on the top-four. They entered the weekend just a point behind Everton in fourth but know they must now find consistency. Aston Villa started well but have lost each of their last two, dropping down to eighth in the division.