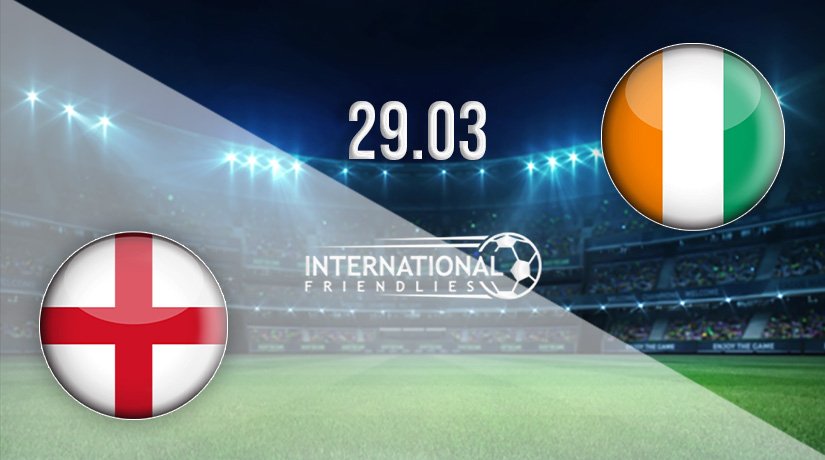 After the 2-1 win over Switzerland, England will step up their preparation for the World Cup in Qatar with another friendly against Ivory Coast at Wembley on Tuesday at 19:45GMT.

Can England Continue their Good Form to Bolster their Preparation for Qatar 2022?

After hammering San Marino 10-0 in their last World Cup Qualifiers, England followed that with a hard-fought 2-1 win over Switzerland at Wembley.

The Three Lions will be looking to continue this form when they host the Elephants of Ivory Coast on Tuesday at Wembley.

Althou8gh Southgate is likely to rotate his players again, he will still retain a strong-looking team to face Ivory Coast, and he will expect a continuation of their excellent recent form.

Can Ivory Coast Cause an Upset at Wembley?

Ivory Coast are looking to re-set their national team after the underwhelming performance at the Africa Cup of Nations 2022 in Cameroon and their failure to make it to the World Cup qualifying play-offs.

After an impressive showing against world champions France, which ended up in a 2-1 defeat, Ivory Coast will look to claim a famous scalp at Wembley on Tuesday.

In their last six matches, England have won four matches and drawn two.

In this run, the Three Lions have plundered 26 goals while conceding 3, and they have kept three clean sheets in the process.

Ivory Coast won two matches in their last six outings, drew two, and lost two. They have scored eight goals while conceding 6. They have kept only two clean sheets in this run.

After drawing level with Sir Bobby Charlton with 49 goals, Harry Kane will be looking for more goals for England as he draws on Wayne Rooney’s 53 goals.

The England captain has been inspired in recent matches for Tottenham after an indifferent beginning to the season.

Under Antonio Conte, Kane has rediscovered his best form and added a new creative dimension to his game, which has seen his striking partners at Tottenham benefit immensely.

Gareth Southgate will be hoping that Kane’s red hot form continues through the end of the season and that he can carry it over to the World Cup in Qatar.

If he starts on Tuesday, the captain will be crucial in driving England forward and offering the leadership some of the younger Three Lions will require at Wembley.

On Friday, the Arsenal forward grabbed a goal for Ivory Coast in their 2-1 loss to the World Champions France.

While they lost the match, the Elephants of Ivory Coast took several positives from their performance against Les Bleus. Their firepower upfront, comprising Palace’s Zaha, Ajax’s Haller, and Pepe, carries sufficient threat to hurt any defense in the world.

Pepe is one of the critical cogs for Ivory Coast because he offers devastating pace, creative play, and penetrating runs, especially in transition, that threaten opposing teams.

Pepe will be pivotal for Ivory Coast if they are to take anything from the match at Wembley on Tuesday.

Expect England to be dominant and play on the front foot. Gareth Southgate will expect his team to press across the pitch and control the tempo from midfield. However, he will be wary of the pace of Ivory Coast’s wide players – Zaha and Pepe – and the danger posed by Haller through the middle.

Ivory Coast will look to be solid and pragmatic in their approach. They will look to disrupt the England midfield and nullify the threat posed by the wing-backs. They will prioritize solidity and look to use transition and the long out-ball to Haller to pose an attacking threat to England.

The Three Lions of England are the hot favorites to win this match, primarily backed by a Wembley crowd.

Make sure to bet on England vs Ivory Coast with 22Bet!