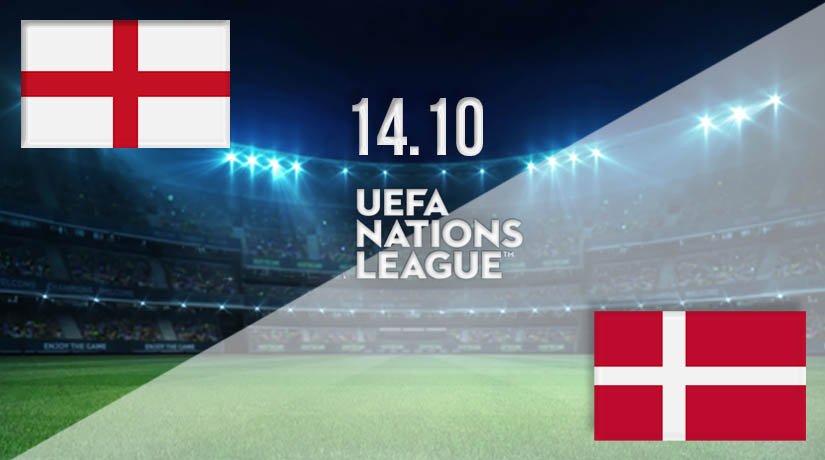 England return to UEFA Nations League action on Wednesday evening when hosting Denmark from 19:45 GMT in a game shown live on television. The home team arrive in fantastic form and will rate their chances of scoring another impressive victory as they aim to dominate Group A2. Denmark are no mere opponents, however, believing they have the quality to spoil the party.

England enter this match in breath-taking form having beaten Wales in a friendly match last Thursday evening before upsetting Belgium in the UEFA Nations League on Sunday. Victory over Wales was to be expected and the Three Lions looked good in getting the desired result with goals scored by Calvert-Lewin, Coady and Ings.

A tougher test came in the form of Belgium at the weekend and England rose to the occasion, seeing off one of the best teams in world football courtesy of a 2-1 final score. Belgium took the lead inside 16 minutes when former Everton and Man Utd strike Lukaku fired home a penalty but Rashford returned the favour from the spot just before half-time. Mount netted the winning goal on 64 minutes proving England will take some stopping in this tournament.

Danes kept their cool in Iceland

Denmark travel to the UK on the back of an impressive win of their own, beating Iceland away from home in Group A2 on Sunday. They may have been the away side that night, but the Danes proved they have no trouble travelling to their opponent’s stadium and going on the attack. The away dressing room know they face a tougher test here but believe they are good enough to cause their opponents problems.

The Danes took the lead on 45 minutes when Sigurjonsson knocked the ball into his net under heavy pressure. That OG helped take the pressure off and allowed Denmark to grow into the match. Goals from Eriksen and Skov banked the points and sent out a message of intent to England and the rest of the Nations League pool.

England were impressive when fighting back to beat Belgium last time and they showed in the win over Wales the strength in depth in their squad. The home team will fancy themselves good enough to bag another three points. Denmark are well-organised and capable of frustrating their hosts.

Make sure to bet on England vs Denmark with 22Bet!