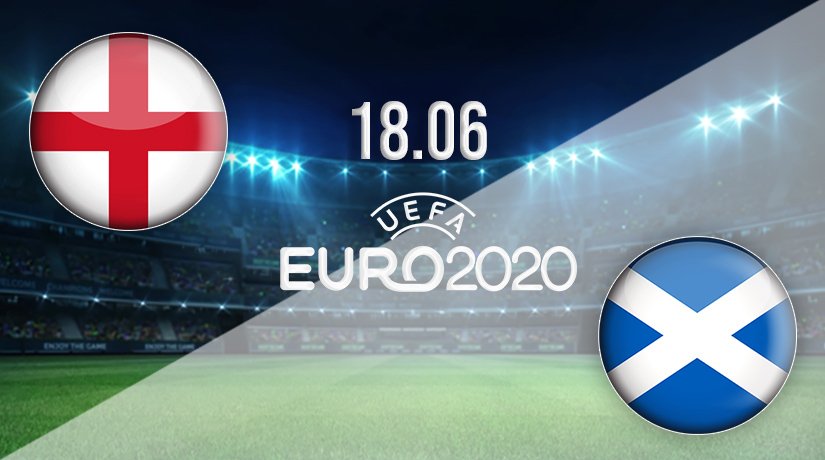 What a Friday night we have in store at Euro 2020 with another weekend getting off to a frantic start. Three games are scheduled to be played live on television as we enter round two from Group D and Group E. Armchair fans can look forward to seeing the likes of Croatia and Sweden in action as the race hots up for points and a place in the next round of the European Championships.

The one match that will leap off the page at football fans takes place in London, where England and Scotland clash. It’s the eagerly anticipated renewal of the Auld Enemy, one of the most famous fixtures in world football. There’s all to play for here, with England looking to build on their three points from the opening match and move to within a touching distance of a place in the knockout rounds.

Scotland will arrive in London believing they are good enough to cause an upset against their derby rivals. Steve Clarke’s men will want to put pressure on their opponents and hope they crack under the heat of the baking sun. Will England do as expected and claim the win, or can Scotland pull off a famous upset?

England move into an early lead

England entered Euro 2020 as one of the pre-tournament favourites, with pundits to win the trophy. Each of their three group games will be played at their home stadium in London while both semi-finals and the final also go ahead at Wembley. Alongside France and Belgium, England is the team many experts are taking to win the tournament and grab what would be their first European Championship trophy.

Gareth Southgate’s team did as expected on matchday one when coming through a tricky test against Croatia. It was a potential banana skin for the Three Lions, but they held the home advantage and had supporters back in the stadium and back in full voice. It was something nearing normality as England were cheered on by a large audience. The players delivered, but they took their time about it.

The opening goal and strike that won the match eventually came when Raheem Sterling found the net just shy of the hour mark. He may have entered on a bit of a goal drought for his club side, but in an England shirt, Sterling is Mr Reliable. He proved it again by winding his way through the Croatian defence, putting his body on the line and scoring a crucial goal to send his team top of the pool.

Scotland are back in business

Scotland qualified for their first European Championship since 1996, when the tournament was played in England. They were eliminated at the group stage in that competition, including a loss at Wembley against England, missing a penalty in the process. Euro 2020 is a welcome return to competitive action for the Tartan Army who hasn’t seen its side play on the big stage since the World Cup in France in 1998. It has been a long, painful and frustrating 23 years, but the wait is over.

Despite finishing third in their qualifying group behind Belgium and Russia, Scotland booked their place at Euro 2020 thanks to the Nations League route, coming through the playoffs to make it here. Having done it the hard way, the players will be desperate to make it count. They enter this match knowing they could write their names into Scottish sporting history. It’s a big ask, but this is a young, hungry and ambitious squad Clarke has assembled.

Scotland may enter as the underdogs, but they will take heart from the fact they managed a draw when last facing England. That game ended 2-2 at Hampden four years ago in a World Cup qualifier, and it was a match the Scots were disappointed not to win. They took a 2-1 lead late in the game thanks to a stunning free-kick from Leigh Griffiths but were pegged back by Harry Kane in stoppage time. There will be thousands of fans in London supporting the upset result.

On paper, England has the stronger team of the team, are in better form and enjoy the backing of their home support at Wembley. They are favourites to win the game with the stats, but football matches at his level aren’t won and lost on paper. It’s about passion, commitment and living a lifelong dream. Each player in the away dressing room would have kicked a ball as a youngster dreaming only of one thing – scoring at Wembley to defeat England and silence the crowd.

The locals impressed against Croatia without ever hitting top gear. They were made to work for the points by their opponents, but once they got their noses in front, there was always going to be one winner. Croatia struggled to create any clear goalscoring chances, and the shots they did get off at the England goal, the players fluffed their lines.

This is a derby match, and you can expect a derby atmosphere. As with most grudge matches in football, the stats sheet and recent form of both teams can be ignored. This will be 90 minutes of action. For both sets of players, this is the most important game of the competition while they are playing. We will see that in the performance levels of both teams who will ramp things up from their opening group match.

The pre-match betting for this game at Wembley on Friday night has England as favourites for the win, priced at 1.33 with 22Bet. The draw can be backed at 10, or there’s the famous Scotland upset at 4.94.

As well as the match-winner market at 22Bet, there’s also a long list of specials available to members looking to wager on the outcome of this game. There are both teams to score, total goals, handicap and more.

Visit 22Bet for big match previews on the games that matter from Euro 2020 this summer as we take you all the way to the final.

Make sure to bet on England v Scotland with 22Bet!