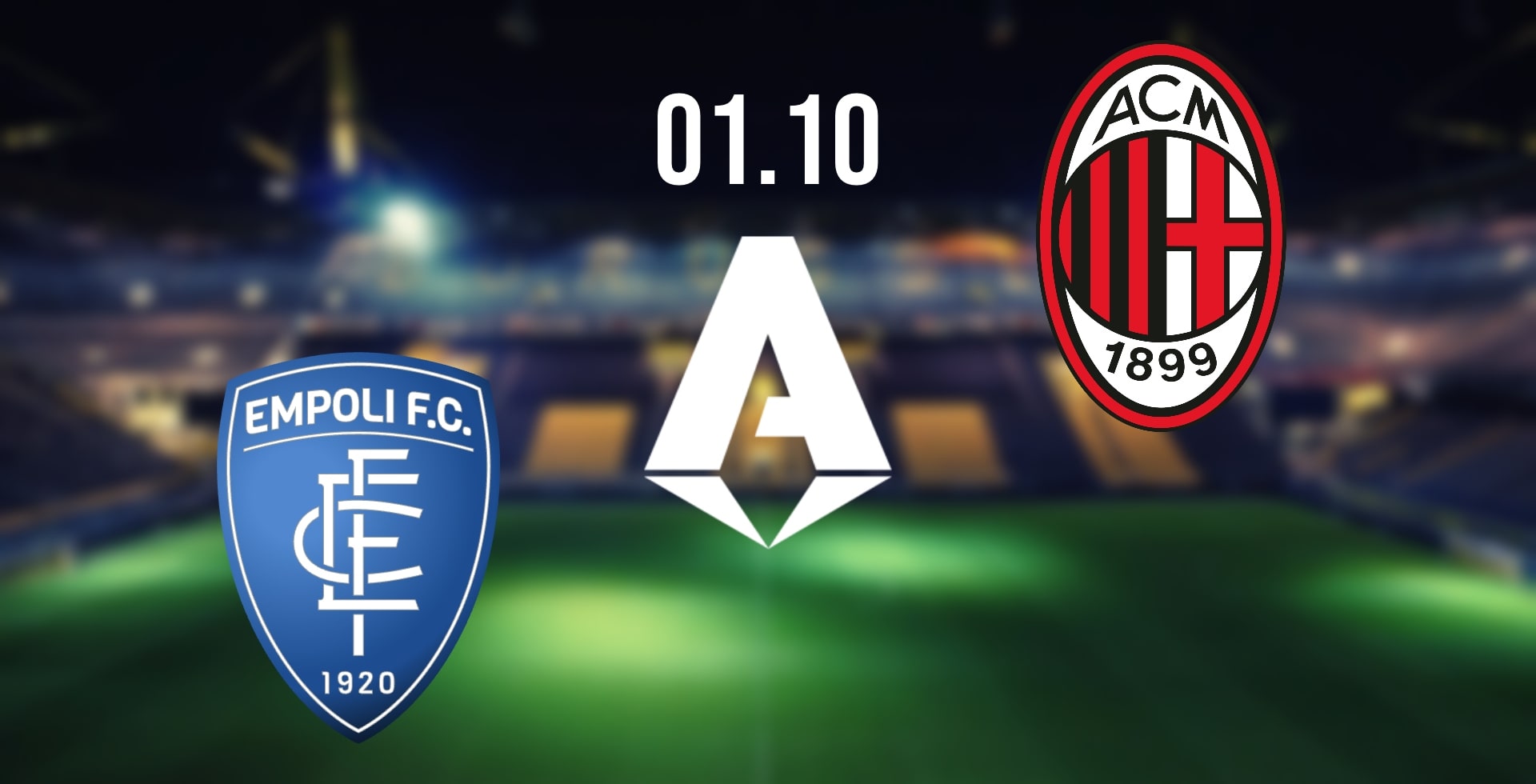 The reigning Serie A champions will be looking to get the season and title defense back on track when they travel to the Stadio Carlo Castellani to face Empoli on Saturday at 19:45 GMT.

Can Empoli Get their Second Win of the Season?

Empoli have been draw specialists this season; they have had four of them out of the opening seven outings in Serie A including a run of four consecutive stalemates.

Paolo Zanetti’s side have had only one 0-0 draw, which indicates that they have no problem scoring goals; their challenge has been keeping clean sheets, with just two in seven matches.

The focus on Saturday will be establishing the right defense-attack balance to ensure that the team is compact and difficult to play against. This will frustrate Milan and make life hard for the 90 minutes.

Can AC Milan Bounce Back After Losing at Home to Napoli Last Time Out?

Stefano Pioli’s champions have not had the best of starts to the defense of their Scudetto. Having collected 14 points and dropped 7, Milan are behind the league leaders Napoli and Atalanta by three points.

Milan will focus on bolstering their attacking game against Empoli as they look to open up the opponents’ defense and create chances. This game is likely to be defense versus attack, with Empoli compact and Milan dominating.

However, Pioli will need to be wary of the potential risk they face on the counter when they lose possession. Rapid attacks can undo their defensive structure and expose them to Empoli attackers.

In their opening seven Serie A fixtures, Empoli have won once, drawn four times, and lost twice.

Paolo Zanetti will focus on turning the form of his side around to climb the Serie A table.

After going six matches unbeaten at the beginning of the season, Milan finally lost at home to Napoli (2-1) last weekend. This result saw Napoli open up a 3-point lead at the top of Serie A.

Stefano Pioli will be focused on his side bouncing back from that defeat to Napoli and getting onto winning ways starting with their Saturday away clash with Empoli.

The 21-year-old Uruguayan forward has made seven appearances for Empoli this season; he has grabbed one goal in these matches. His performances have highlighted his significance to Empoli and the style of play they implement.

His pace is integral to his game; however, his movement and ability to attack the box from wide areas allows Empoli to play with two strikers while posing an aerial threat.

Satriano will be pivotal for Empoli’s chances against Milan on Saturday.

The 35-year-old French international has four Serie A goals in seven appearances for Milan this term. He has a further strike in two Champions League appearances as well.

Giroud is crucial in linking up the attack, offering an aerial threat, and using clever movement to create space and chances for others in the box.

Giroud will be crucial for Milan as they seek to apply pressure on the sides at the top of the table.

Empoli will compact in their approach; they will frustrate Milan for long periods of the match by denying them space and disrupting their rhythm.

Milan will look to use the ball by bossing possession and passing quickly to create openings and chances for attacking players.

Milan will win the match and get back to winning ways.