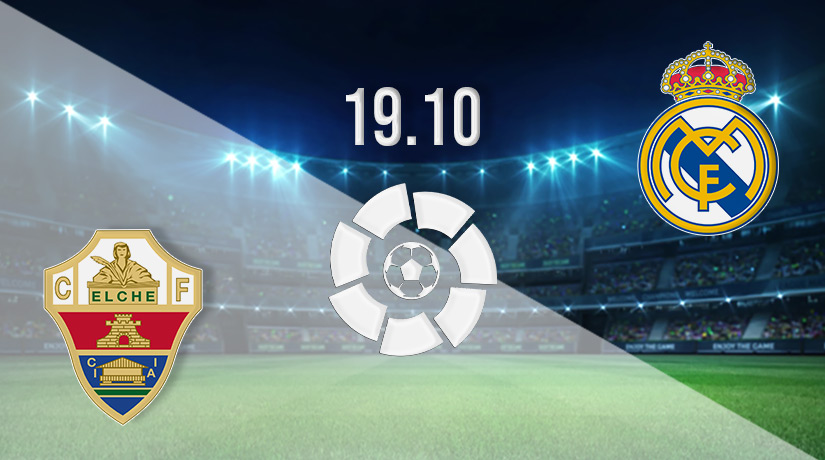 Real Madrid moved back to the top of the La Liga standings over the weekend, and they will be looking to stretch that advantage on Wednesday evening when they take on Elche. The hosts are the only side in the Spanish top-flight yet to record a victory in La Liga this term.

It will be the team at the top of the standings against the side sitting bottom in La Liga on Wednesday evening. Real Madrid are the only remaining side in the Spanish top-flight with an unbeaten record, while Elche are the only team in the division yet to pick up a single victory in the competition so far.

Real went back to the top of the La Liga standings over the weekend, as they collected a big three points in El Clasico. The reigning league champions were excellent in that fixture, and they found themselves 2-0 up before the half time break.

Karim Benzema scored the opening goal after 12 minutes, before Federico Valverde doubled the advantage with just ten minutes of the first half remaining. Barcelona did pull a goal back in the second half, but Real’s two-goal advantage was restored in the 91st minute through Rodrygo from the penalty spot.

This looks set to be an incredibly tall order for Elche this weekend, as they are yet to win a single fixture in La Liga this season. They currently sit bottom of the league standings, and are five points from safety after nine rounds of fixtures.

Elche has at least recovered from a poor start to the season, as they have ended a run of three straight defeats in their previous two matches, picking up back-to-back draws. The latest of those ties came against Valencia, with Pere Milla scoring both goals for Elche.

Real Madrid has won seven of the previous nine matches that they have played against Elche. The home side is yet to record a victory against Real, but they did pick up only a second La Liga point against Madrid last season, as a 2-2 draw was played out in the most recent fixture.

This should be a straightforward test for Real Madrid on Tuesday. Carlo Ancelotti’s side is in the best form, and they should easily take the points on the road. We could see the reigning champions picking up a 3-0 win.