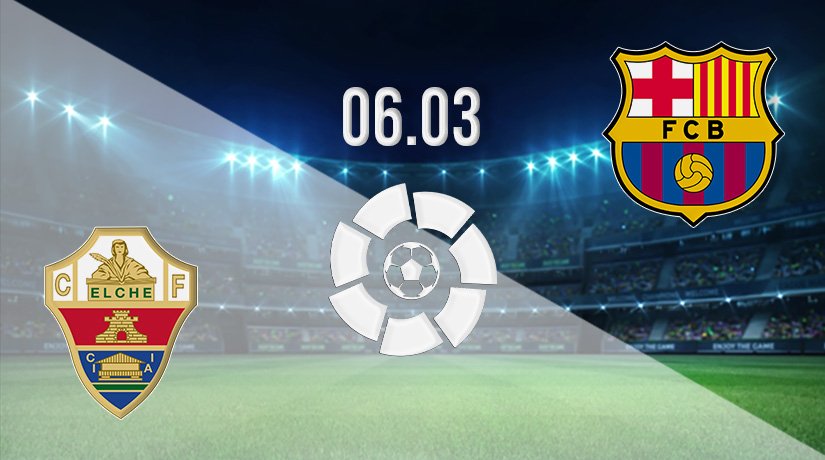 Barcelona’s run of form since the arrival of Xavi has been astounding, and they will be looking to strengthen their hold on a place in the top four this weekend with a fifth win in six games. Elche has won just won in their previous three and are the hosts this weekend.

Fans of Barcelona may have been worried that the club may not finish in a Champions League spot this season in the first half of the campaign. However, their position looks incredibly stronger at this moment in time, as they sit fourth with a game in hand over all sides around them.

Xavi has done an excellent job at the club since his arrival, and that is echoed by their recent form, which has seen them win four of their previous five games in La Liga. They will be searching for a third straight victory this weekend as they travel to Elche, and a win could see them move up to third.

Barcelona have scored four goals in each of their last three fixtures in all competitions, which includes their 4-0 win at the Nou Camp against Athletic Bilbao last time out. Pierre Emerick Aubameyang, Memphis Depay and Ousmane Dembele were among the scorers in the win.

Elche will be happy with their place in the middle of the La Liga standings at present, as they sit 13th after 26 rounds of fixtures. They are comfortable outside of the relegation battle, as they sit eight points above Cadiz.

Their form has been relatively solid over their last five outings, as they have picked up two wins, two defeats and a draw. However, they will need an improved showing this weekend after losing last time out against Levante 3-0.

Elche vs Barcelona Head to Head

The head-to-head record indicates how hard this fixture is for Elche. We find it hard to look past the trends that are evident from previous meetings and predict a Barcelona win with both teams not to score.

Make sure to bet on Elche vs Barcelona with 22Bet!