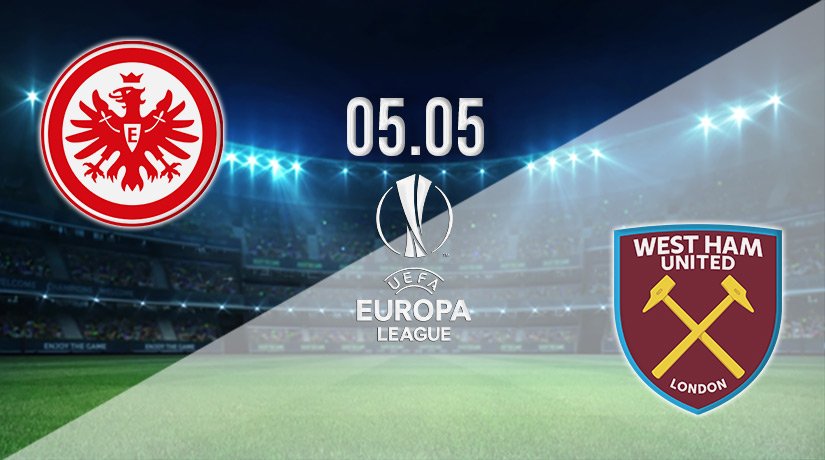 Eintracht will take a 2-1 advantage from the first leg at the London Stadium into the second leg of the semi-final tie against West Ham as both teams seek to make it to the finals when they face each other at the Deutsche Bank Park on Thursday at 20:00GMT.

Can Eintracht Complete the Job and Make it to the Final?

Eintracht are in a good position heading into the second leg against West Ham having taken a deserved 2-1 lead in the first leg.

However, their form in the Bundesliga will be worrying for Eintracht as they remain winless in five outings.

However, they have shown before that they can perform well in the Europa League even if their domestic run of fixtures has not been great.

Their ability to compartmentalise and prioritise the cup competition will be tested against West Ham as the London side seek to come back into the tie.

Can West Ham Pull a Massive Comeback against Eintracht?

The Hammers were stunned at the London Stadium by Eintracht in the first leg as they went down 2-1.

Although David Moyes’ side did not play badly, they were opened up easily by a well-organised and purposeful Eintracht side.

West Ham will have to find the right balance in Germany as they seek to come back from 2-1 down. On the one hand, they need to attack to overhaul the deficit. On the other hand, conceding goals will make their job even harder than it already is.

In the Bundesliga, Eintracht have been in poor form. They have drawn twice and lost three times in their last five outings.

They are currently 12th on the table as their chances of fighting for European places have been extinguished with two matches remaining in the season.

In the Europa League, Frankfurt have won six and drawn five matches in their 11 outings this season; this means they are unbeaten in the competition.

In this run, they have scored 19 goals and conceded 12, while averaging a possession of 46.46% and keeping just one clean sheet.

West Ham’s squad has been stretched to the limit this season as they have sought to balance their league matches with the run in the Europa League.

This challenge is underscored by the 4-match winless run in the league. They have won just once in their last five league outings.

Moyes’ side have scored 18 goals and conceded just seven; they have averaged 48.19% possession while keeping six clean sheets.

Eintracht will be without left-back Christopher Lenz; the 27-year-old is out with a fractured toe. Attacking midfielder Jesper Lindstrom is also a doubt for the clash with West Ham as he recovers from a hamstring injury he suffered on April 29th, 2022.

David Moyes’ stretched side has received some good news in recent weeks and ahead of the clash against Eintracht as several players have been declared fit.

However, the hammers are still missing two of their top defenders – Angelo Ogbonna and Issa Diop – who will both miss the clash with Eintracht on Thursday.

Maury’s forward runs and work rate will be crucial for Eintracht as they try to maintain or extend their advantage in the second leg.

West Ham will be desperate for goals to overhaul the Eintracht advantage; the striker will be crucial in shaping their forward play.

Eintracht will be tactically solid while posing a massive attacking threat. West Ham will have no choice but to go all-out attack to claw their way back to the tie.

Eintracht are favoured to win the match and progress to the finals.

Make sure to bet on Eintracht vs West Ham with 22Bet!