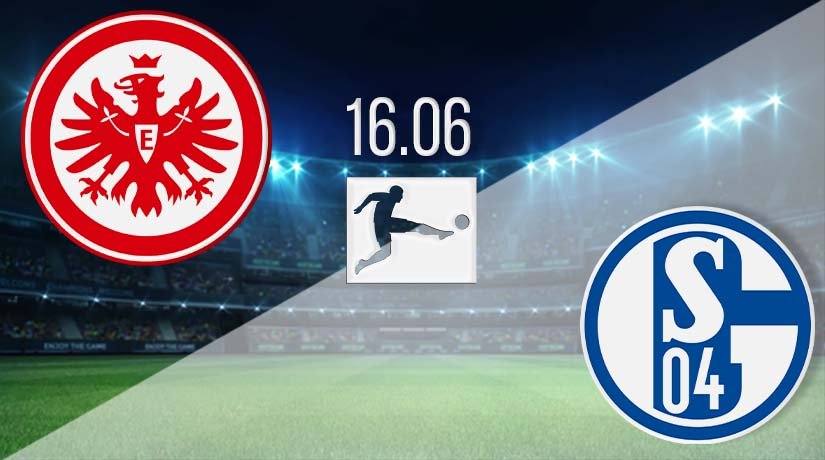 Two sides that may have had fears of relegation over the past couple of weeks meet on Wednesday night in the Bundesliga. Eintracht Frankfurt and Schalke are both safe from the drop now, but which side will get the three points when they meet at the Commerzbank-Arena.

Eintracht Frankfurt’s form since the restart has been better, and they have been able to pull themselves away from the drop zone. They are now locked in tenth spot, and are in direct competition with Schalke for a top-half finish. They may have an outside chance of finishing in a Europa League slot, with seventh likely being enough to get European football next season, but in order to do that, they will need to win all remaining Bundesliga games to have a fighting chance.

They have lost just once in their previous five, with that defeat coming against Mainz in their local derby. However, Frankfurt have beaten Wolfsburg and Hertha Berlin over the past two weeks. That win against Hertha was their last outing, as Bas Dost and Evan N’Dicka added goals along with a brace from Andre Silva to cement a 4-1 win.

Schalke had been in terrible form over previous weeks, but there was a newfound belief in their play last time out against Bayer Leverkusen as they managed to get a second draw in a row. They were unfortunate not to have taken all three points, with a wonderful save from the Leverkusen goalkeeper in the 96th minute the only thing standing between themselves and three points.

Daniel Caligiuri opened the scoring for Schalke after 51 minutes, before an own goal from Juan Miranda ensured that Leverkusen got a point with nine minutes remaining. The desire and attitude was brilliant, and they will have a good chance of getting a win against Frankfurt if they can repeat that.

This will be the 28th time that these two rivals have faced off. Schalke have the advantage, as they have won 12 times. Meanwhile, Eintracht have secured seven wins, and there have been eight draws. The last meeting between the sides ended in a 1-0 win for Schalke in December,

This is a tricky fixture to call, as both sides have a chance of getting the three points. However, the preference would be for the home side as Schalke’s squad has been further depleted as Winston McKennie will be suspended for this fixture.

Make sure to bet on Eintracht Frankfurt vs Schalke with 22Bet!