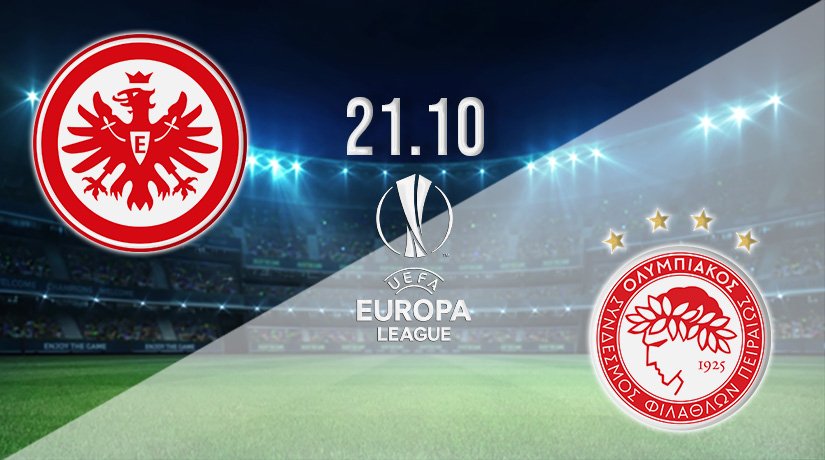 Eintracht Frankfurt will be looking to go to the top of Group D in the Europa League on Thursday, as they welcome Olympiakos to the Deutsche Bank Park.

Olympiakos will be the happier of these two sides with the start to the Europa League that they have made this season. The Greek side are the current leaders in the group, but that could change if Eintracht Frankfurt takes maximum points from the fixture on Thursday evening.

The German side will be looking to extend their unbeaten record in the Europa League this season to three games, having picked up four points from the two games that they have played so far.

Frankfurt picked up their fist win of the Europa League in their most recent match, as they won on the road against Antwerp. It was a late winner that separated the sides in that match, as Goncalo Paciencia scored from the penalty spot in the first minute of injury time. The German side deserved the win, as the dictated the majority of the game, and had 58% of the possession.

Olympiakos are the side currently at the top of Group D, as they have won maximum points from the games that they have played to this point. The Greek giants have scored five times and conceded just once before this fixture, and will certainly be confident after a huge win in their last outing against Fenerbahce.

That success on the road was recorded courtesy of a 3-0 win, with Giorgos Masouras scoring twice in the second period. The opening goal was scored after six minutes by Francisco Soares. A third straight win for the travelling side this weekend will give them some breathing space at the top of the group.

This will be a first meeting between Olympiakos and Frankfurt in a European competition. It will also be the first time since 1995 that Frankfurt have come against a Greek side. On that occasion they beat Iraklis 5-1 in the Intertoto Cup.

Frankfurt will be looking to take top spot in the group this week with a victory in this fixture. However, Olympiakos have already shown that they are a good travelling side in Europe. Their recent win in the Europa League away from home will see them stand an excellent chance of getting the points.

Make sure to bet on Eintracht Frankfurt vs Olympiakos with 22Bet!