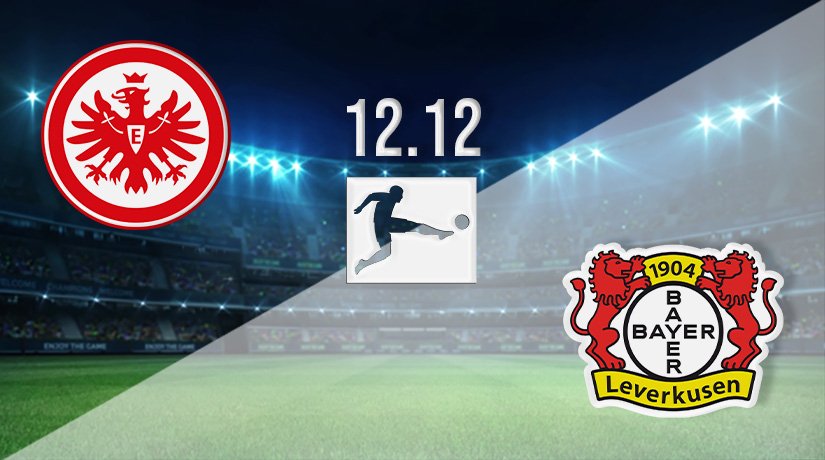 Leverkusen travel to face Eintracht Frankfurt, who lost their three-game unbeaten run in the 3-2 loss, off the back of three straight victories and riding high at third on the Bundesliga table to Hoffenheim, on Sunday at 17:30 GMT.

Can Frankfurt Get the Consistency Needed to Climb into the Top-Half of the Table?

After their three-match winning run came to a halt, with the 3-2 reverse at Hoffenheim, Oliver Glasner’s side will be looking to get back to winning ways against Leverkusen.

Playing at home will be a boon for Glasner’s men as they take on a formidable Leverkusen side riding high on the Bundesliga table.

Can Leverkusen Sustain a Challenge for the Top Two?

After putting seven goals past Furth, in the 7-1 victory, Gerardo Seoane’s side will be looking to extend their winning run to four matches and solidify their position at the top of the table.

Lying 7 points behind Bayern Munich in first and three points behind Dortmund in second, Seoane’s men can be encouraged that the Bundesliga chase and the fight for Champions League places is not a foregone conclusion at this point.

Frankfurt won three, drew one, and lost two from their last six rounds of fixtures. They have collected 10 points out of the available 18. The run of form by Glasner’s side is rated 7th-best in the Bundesliga.

Frankfurt’s home form shows cause for concern. The side have collected 7 points from the last six rounds of matches; they have drawn four, won one, and lost one.

If they can turn some of the draws at home into wins, Frankfurt can climb up the table.

Seoane’s side have collected 11 points from the available 18 in their last six rounds of matches in the Bundesliga. The three wins, two draws, and one loss have seen Leverkusen climb to third on the table.

Leverkusen’s form away from home is only second to Bayern Munich. Seoane’s men have collected 14 points out of available 18, compared to Bayern Munich’s 15-point haul in this sequence of matches.

Leverkusen has won four and drawn two in this run of fixtures, with no defeats.

Frankfurt will also miss the services of Amin Younes, with the attacking midfielder granted special leave. Martin Hinteregger is also likely to miss the match against Leverkusen with an indirect card suspension.

Seoane’s squad to face Frankfurt will be without the services of Kerem Demirbay, with the 28-year-old central midfielder missing through red card suspension.

Leverkusen also have two injuries; Julian Baumgartlinger is out after knee surgery, with the 33-year older defensive midfielder already missing 18 matches for Seoane’s side.

Timothy Fosu-Mensah, the 23-yar-old right-back, will also miss the match against Frankfurt with a ruptured cruciate ligament.

Borre is Frankfurt’s top scorer with 4 goals and one assist in 19 appearances. The 26-year-old Colombian is a central cog in the Frankfurt attacking play, and most often, the route through which to get goals.

Borre will be crucial if Frankfurt are to get anything from the fixture at home to Leverkusen on Sunday.

Schick leads the scoring charts for Leverkusen with 12 goals and one assist in 14 appearances this season. Four of those goals came in the 7-1 hammering of Furth.

The 24-year-old Czech will be crucial again as Leverkusen look to apply some pressure at the top-end of the Bundesliga table.

Expect Leverkusen to play on the front-foot, boss possession, and seek to pressure Frankfurt into making mistakes and creating chances. Expect Frankfurt to be disciplined and solid at the back while creating chances on the break.

Leverkusen are in a good run of form, and they will be good enough to take three points away from Frankfurt on Sunday.

Make sure to bet on Eintracht Frankfurt vs Leverkusen  with 22Bet!