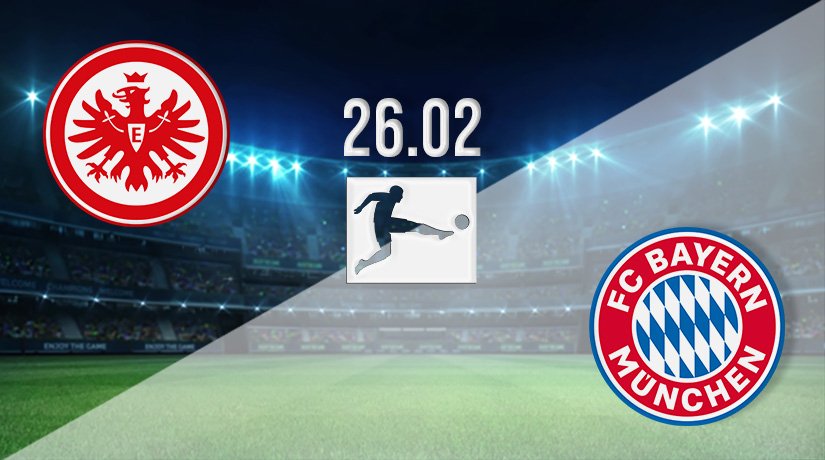 Bayern Munich remain the league leaders in the Bundesliga, and will be looking for a second straight win this weekend. Eintracht Frankfurt have dropped down the league standings in recent weeks, and will be hoping to end their two-game losing streak.

Bayern Munich appear to be charging towards another league title in the Bundesliga this season. However, there have been examples of the Bavarian giants dropping points in games that they would have been expecting to win throughout the campaign.

Bayern have already lost four times this season in the 23 games that they have conceded 26 goals, which is an average of greater than one goal per game. However, it has been their attacking threat throughout the season that has caught the eye, as they have scored an incredibly 74 goals already, which is by far the best attacking record in the Bundesliga.

Bayern showcased that attacking talent once again last weekend as they beat Furth 4-1 at the Allianz. Robert Lewandowski scored twice in that victory, while Eric Maxim Choupo-Moting also got on the scoresheet.

Eintracht Frankfurt looked to be in the fight for Champions League places just a couple of weeks ago, but they have dropped off the pace considerably since then. They are now down in tenth in the standings, and have lost three times in their previous four games.

Frankfurt are now six points off the Europa League places, and are in desperate need of a change in fortunes to get back in the mix for a European place this term. They have lost their last two games in the Bundesliga without scoring a goal, which includes a 2-0 home defeat against Wolfsburg, and a 1-0 defeat on the road against Koln.

The hosts actually have a very good recent record in this fixture. Frankfurt have beaten Bayern the last two meetings between the sides, which includes their 2-1 at the Allianz earlier this campaign. However, before those two wins, Bayern had scored ten in the previous two wins that they had recorded.

The hosts have a very good record against Bayern, but that still isn’t enough to merit support this weekend. They have been in poor form over recent weeks, and for that reason, it seems that the most appealing bet this weekend is for Bayern to take the points.

Make sure to bet on Eintracht Frankfurt vs Bayern Munich with 22Bet!