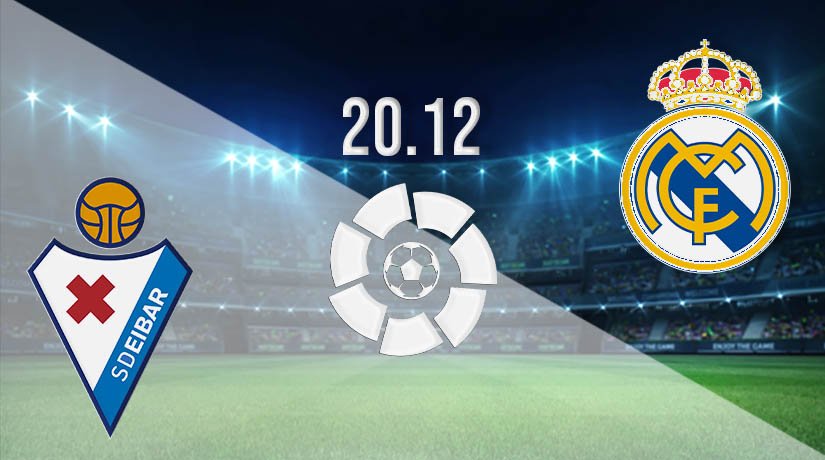 Real Madrid’s charge up the table continued this week with another win, and they could have their sights set on the top of the league on Sunday night against Eibar.

It has been an excellent upturn in form for Real Madrid, as they will come into this weekend having won their last three games on the bounce. Many were already considering that Zinedine Zidane’s time as Real Madrid manager was over, as they stood on the cusp of elimination in the Champions League. However, league form and the fact that they made it through in Europe means that his job prospects are looking much better than they were one month ago. Their recent excellent form means that they are now level on points with Real Sociedad and Atletico Madrid at the top of the league. The most recent of their wins came at home against Athletic Bilbao. Bilbao were down to ten men after just 13 minutes, which gave Madrid the advantage that they needed to dictate the game. Toni Kroos opened the scored in first-half injury time, before a brace from Karim Benzema made sure of the points in the second half.

Eibar would have been pleased with their recent record, as they are five games unbeaten in La Liga at present. However, they have drawn all but one of those games. They will come into this game having drawn their last two, with the most recent of the ties coming against Real Sociedad on Sunday. They showed excellent fight in that game to get back into the game, and levelled the scores with 25 minutes remaining through Sergi Enrich. Eibar would have considered themselves unlucky not to have taken all three points from that game, as they dominated the possession and the chances.

Eibar have beaten Real Madrid just once in the past 12 meetings, with that win coming in November 2018. It was a famous night on that occasion, as they recorded a massive 3-0 success. However, Real have won the three most recent meetings between the sides, and won 4-0 in this fixture last season.

Real Madrid have rediscovered their best form at the right period of the season, and they could head into the Christmas period as the La Liga leaders. We expect them to get the three points in this fixture on Sunday.

Make sure to bet on Eibar vs Real Madrid with 22Bet!