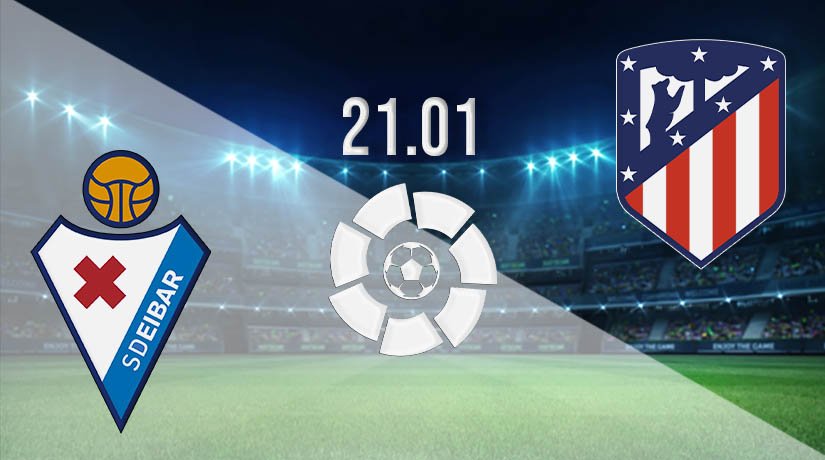 Atletico Madrid will be looking to stretch their lead at the top of La Liga to seven points in midweek, as they make the trip to Eibar.

The La Liga title is firmly in the hands of Atletico Madrid as we reach the half way stage of the Spanish season. Diego Simeone’s side in a remarkably strong position at present, as they four points clear of Real Madrid, with two games in hand over their rivals. The first half of the season has made for a memorable campaign for Atletico, as they have been progressive at both ends of the field. They have scored 31 times, which is an average of just under two goals per game in the league. Meanwhile, they have conceded just six goals so far this season. Their defensive record is what makes them stand out from the crowd, as the next best defensive record in La Liga is Real Madrid, who have conceded more than double the total conceded by Atletico.

Eibar will have a huge challenge on their hands to stop the in-form visitors this week, as they are engaged in a relegation battle this season. They have been unable to pull themselves away from the fight so far this season, and that means that there is just a two point difference at this stage of the campaign. There have been bright spots during their recent form, as they have drawn twice and won once in their last six. They will be coming into this game after a win in their last home league game. On that occasion, Bryan Gill scored a second half brace to record a 2-0 victory over Granada at the Municipal de Ipurua.

Eibar have only ever beaten Atletico once in La Liga history, with that win coming in the last meeting between the sides. They won 1-0 in January 2020. However, that win remains the only success that they have achieved against Atletico. Atletico have won on two of their previous three visits to Eibar.

This game is perfectly set up for Atletico to go seven points clear at the top of the league table. Eibar don’t score many goals, and Atletico don’t give too many chances away. The away side will have the quality to claim a commanding victory.

Make sure to bet on Eibar vs Atletico Madrid with 22Bet!