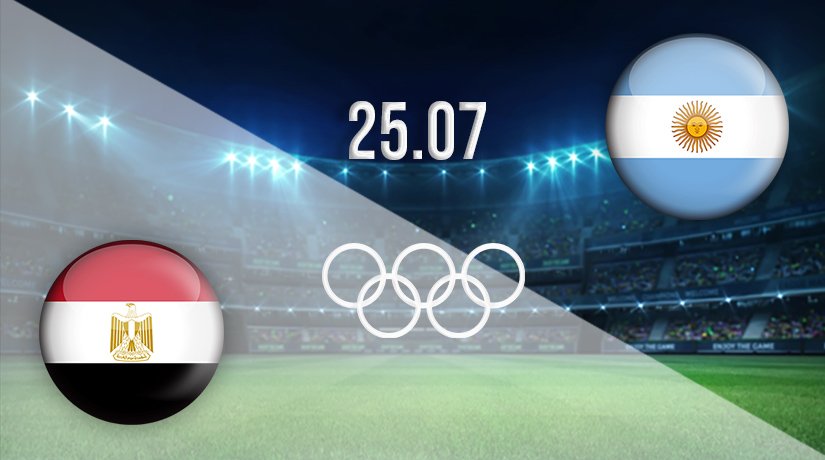 After more than its fair share of snags along the way, the Tokyo 2020 Olympic Games has now officially begun. The opening ceremony was Friday, finally putting an end to over a year of doubt, rumour and confusion. The men’s football competition began in midweek, and many nations are now entering their second match of the tournament. There’s all to play for at this stage, and armchair fans can follow the action live on TV.

Egypt face Argentina from 08:30 GMT on Sunday, and this promises to be a competitive affair. Many pundits expect Argentina to grab all three points and strengthen their position in the pool, but they’ll get nothing easy against a well-organised and ambitious opponent. This clash is expected to provide followers with a thrilling 90 minutes of action, with both sets of players desperate to bag the win and keep alive their dreams of landing a medal.

These teams will be meeting for the first time, so there’s little for stats lovers to go on when preparing their predictions. It is worth remembering. However, both teams benefit from relaxed rules that allow them to call up a squad of players aged up to 24 with three over-aged players permitted. That has made for two strong squads.

Egypt fully understand they are the underdogs for this match but are aware this stage is famous for throwing up more than a few shock results. The Pharaohs are a strong team that is well-coached, hard-working, and capable of putting their opponents under pressure.

They will spend large periods without the ball but are happy to set up defensively and catch Argentina on the break. The site know exactly what to expect in this game but benefit from being the underdogs and taking to the pitch without any pressure. There will be no fans against them, making it a level playing field.

Argentina are expected by many professional pundits and ex-players to win this game and continue their march to the latter stages of Tokyo 2020. They were one of the pre-competition favourites and bring a squad packed with talent and household names. They are more than good enough to do the business here and grab three points.

An early goal would help settle the nerves and bring Egypt out of their defensive shell, but that will be easier said than done against an organised Egyptian backline. Argentina have the quality to unlock their opponents but must remain patient until the goal comes.

The longer this game stays at 0-0, the more confidence Egypt will have and the better their chances of causing an upset. They must work twice as hard as they did in the opening match of the pool but are fit, sharp and ready to meet their opponents head-on. They must stick to the game plan set out by their coaching staff and keep their discipline.

Argentina are expected to spend much of this contest prodding and probing at the Egyptian goal. There’s an embarrassment of riches in the team’s attack, and they’ll create plenty of chances here, but they can’t afford to down tools at the back as Egypt are dangerous on the counter. The lack of fans helps take some of the pressure off the players, and they can take their time, stick to the plan and enjoy the match. If they play to the best of their abilities, there’s no reason why Argentina can’t pick up a crucial win and all three points.

The pre-match betting odds for this match available at 22bet has Egypt priced at 5.55 for the win with Argentina trading at 1.59, and the draw can be followed at 4.06. There is plenty of additional markets available at 22bet, including first goalscorer, handicap, correct score, both teams to score, half time/full time and more. You can bet pre-match or in-play using your desktop computer, your smartphone or tablet device.

Keep your eyes on this site as our team of football content writers preview the most exciting matches from Tokyo 2020. It promises to be a competitive affair and another summer treat for followers of the beautiful game.

Want to know more about the betting odds for the game? Check out the BTTS, Handicap, Teams to Win and other markets and bet on Egypt v Argentina on 22Bet!