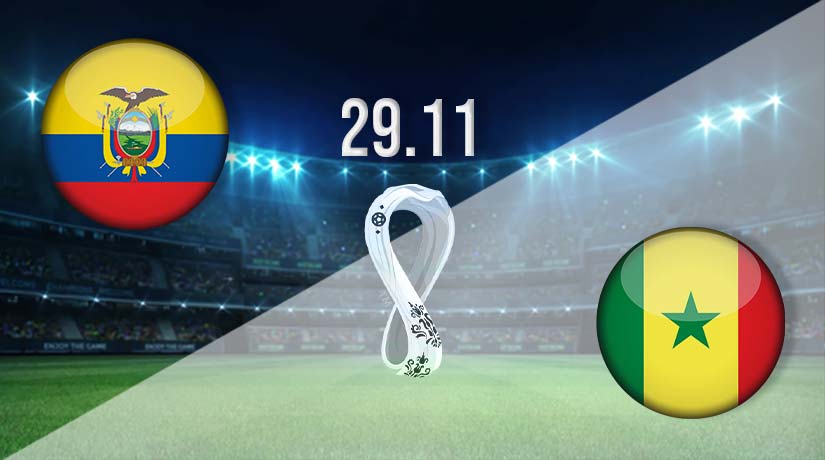 The big game in Group A on Tuesday will see Ecuador and Senegal clash. Both nations will be aware that they will need a favourable result to reach the next round, with Ecuador holding the advantage, as they sit second in the current standings.

There will be a huge fixture at the World Cup for both Ecuador and Senegal on Tuesday. Ecuador will be looking to reach the round of 16 at the World Cup for just the second time in their history, and they will be aware that a draw will be good enough to achieve that feat. The South American nation has been one of the standout sides in Qatar to this point, with Enner Valencia rolling back the years with three goals in two games.

Ecuador ensured that their fate remained in their own hands in their previous fixture, as they battled back extremely well to save a point against the Netherlands. The South Americans fell behind early in that fixture, but Valencia fired Ecuador level just four minutes into the second half. It was another strong performance, and they will be looking to complete the job against Senegal.

Senegal were many peoples picks to finish second in Group A, but they will need to claim victory in their final game to ensure that they can reach the next round of the World Cup. The reigning African Cup of Nations champions finally got off the mark in their previous fixture, as they recorded a strong victory against Qatar.

Senegal never looked in danger of losing that game, and found themselves 2-0 up after 48 minutes following efforts from Boulaye Dia and Famara Diedhiou. However, Qatar scored their first ever World Cup goal with 12 minutes remaining to keep the African nation on their toes. But, Senegal completed the job with a third strike with six minutes remaining.

Ecuador vs Senegal Head to Head

Senegal has a positive record in this fixture, as they have won both of the previous meetings. The latest of their wins was a 2-1 success in December 2005. Meanwhile, this is Ecuador’s first ever clash against a nation from Africa at the World Cup.

This should be a very cagey fixture, as both nations will be aware of the stakes. However, we have been very impressed by Ecuador throughout the World Cup, and we could see them recording a victory to ensure their passage through to the next round.

Make sure to bet on Ecuador vs Senegal with 22Bet!