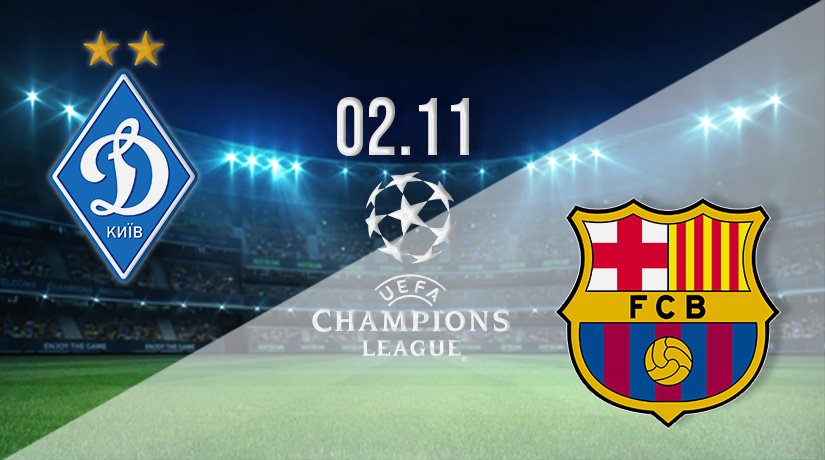 The post-Ronald Koeman era rolls out at Barcelona on Tuesday as they take to the pitch in Kyiv to take on Dynamo Kyiv at 21:00 GMT.

However, Barcelona are in a precarious position in the group, languishing in third with three points behind group leaders Bayern and second-placed Benfica.

What Now For Barcelona After Ronald Koeman’s Sacking?

Barcelona responded to the sacking of Ronald Koeman by drawing 1-1 at home to Alavés; this points to persistent problems in the team that are not necessarily connected to the sacked manager.

With Sergi Barjuan taking the reins in the Barcelona dugout, albeit on an interim basis, La Blaugrana will look to salvage their standing in the group by winning away in Kyiv and shoring their chances of qualifying from the group.

As speculation of the return of Xavi to Barcelona as manager, the state of the club makes for hard reading. They have not won a match since they defeated Dynamo Kyiv at Camp Nou.

A further worry is underscored by the fact that La Blaugrana have not won an away game since the start of the season.

The last time the two teams faced each other in Kyiv, Barcelona ran out 4-0 winners.

Can Dynamo Kyiv Pile the Misery on Barcelona?

Barcelona, one of Europe’s absolute heavyweights in recent years, are rarely in such a precarious position.

A club used to fighting for top honors in Spain and Europe looks to be hanging on to their chances of qualifying from Group E by a thread. This poses the question, do Dynamo Kyiv go for the jugular?

Dynamo Kyiv haven’t won a match in the 2021-2022 Champions League matches in the group stages. In a poor Barcelona showing, Kyiv still lost the match at the Camp Nou to a Pique goal.

Dynamo Kyiv also haven’t found the back of the net in this season’s Champions League campaign, one of three sides, the other being Shakhtar Donetsk and Malmo. They have their work cut out for them if they are to take something from Barcelona.

In their last three matches in the Champions League, Barcelona have won one and lost two. La Blaugrana won two, drew one, and lost three in a terrible run of form in all competitions.

Mircea Lucescu faces several attacking injury worries that could scamper his chances of bolstering Dynamo Kyiv’s chances of causing an upset in Group E. The absentees, due to injury, include Vladyslav Supryaga, Artem Besyedin, Ibrahim Kargbo, and Vladyslav Kulach.

At the back, Lucescu is likely to miss the services of Denys Popov as he bids to recover from the cruciate ligament surgery. His absence, however, has allowed the the19-year-old Ilya Zabarnyi to thrive, which a chance to test himself against the Spanish heavyweights.

Lucescu also faces a hard decision on the make-up of his attack. Benjamin Verbic, Eric Ramirez, and Ilya Shkurin all offer credible threats when leading the line; the manager will have to make the optimal call for this specific match.

The summer free-agent signing from Manchester City, Sergio Kun Aguero, has not had the smoothest of transitions.

Apart from the injuries that have kept him from making an immediate impact at Camp Nou, Aguero was admitted to the hospital for cardiac exams following chest pains in the match against Alavés.

Reports indicate that the Argentinian suffered a minor tachycardia attack. Apart from ruling him out of this fixture, this scare might deprive La Blaugrana of his services for the foreseeable future, especially in the wake of what happened to Christian Eriksen at the World Cup.

Dynamo Kyiv have not scored a goal in the Champions League this season; this is a terrible record to have for any team serious about getting out of the group stages.

Drawn with Bayern, Barcelona, and Benfica, Lucescu’s men have a difficult task qualifying. But having a blunt attack is a massive problem to have.

Shkurin will be an important outlet for Dynamo as they seek to attack the Barcelona defense.

Memphis Depay has been one of the shining lights for Barcelona in a rather dim season so far. He has supplied creativity, drive, and goals.

He will be important for La Blaugrana as they seek to resurrect their chances of qualifying from Group E alongside Bayern Munich.

Expect Barcelona to start the match with high energy, possession and intent. They will need to show urgency and precision to put Dynamo Kyiv under pressure and find the breakthrough.

Expect Dynamo Kyiv to stay compact, close spaces, and seek to attack Barcelona on the break.

Given the previous match at Camp Nou, Barcelona have the edge and motivation to take all three points, especially given Benfica are playing against Bayern, and one or both of them is/are likely to drop points.

Make sure to bet on Dynamo Kyiv vs Barcelona with 22Bet!