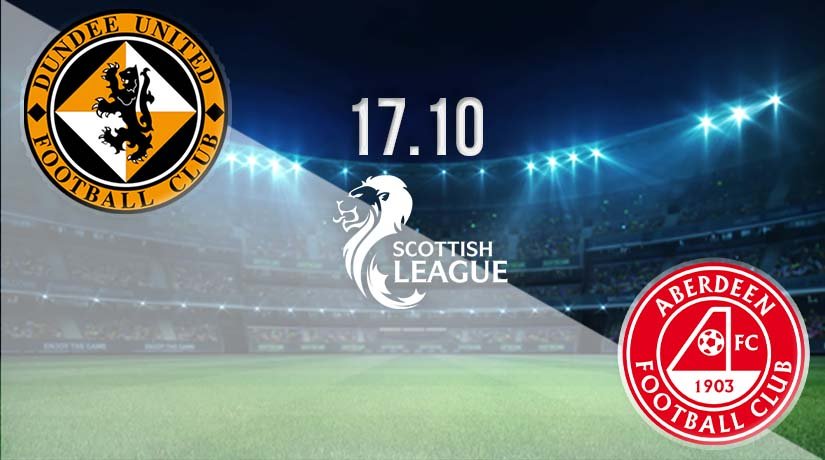 The Scottish Premiership presents a full fixture list on Saturday afternoon as club football returns following what was a successful international break for Scotland. The focus will be on the first Old Firm game of the season in Glasgow from 12.30 pm but the meeting at Tannadice rates as the pick of the 3.00 pm starts.

Dundee United were promoted from the Championship when last season was called early due to the coronavirus emergency and resulting lockdown. The Tangerines have held their own since re-joining the top division and start the weekend sitting seventh in the table with 11 points on the board. They have won three, drew two and lost five games so far.

The home team have taken four of the last nine points available to them but suffered defeat in their most recent league outing when edged out by Livingston at this venue, the Lions nicking all three points thanks to a 2-1 score. United bounced back with a stunning 6-2 win over Brechin City in the League Cup a few days later.

Aberdeen suffered a nightmare start to the Scottish Premiership season but seem to have found their feet since and are pushing their way up through the table. The Dons sit in fourth place with 18 points on the board thanks to six wins against two defeats. They will set their sights, as always, on third place and finishing as best of the rest behind the Old Firm.

Fans last saw the Pittodrie club in action when securing their second win in two games with a 2-1 home victory over St Mirren before the international break. The Saints took a surprise lead in that game but goals from Watkins on 71 minutes and a Ferguson winner in stoppage time turned the tide. It was far from convincing, but Aberdeen got the points and continue their winning ways.

Dundee United seem to have gone off the boil a little following a strong start but they are good enough to collect three points at home. Aberdeen rode their luck last time, but the mark of a good team is winning when they’re not at their best and they’ll rate their chances here.

Make sure to bet on Dundee Utd vs Aberdeen with 22Bet!