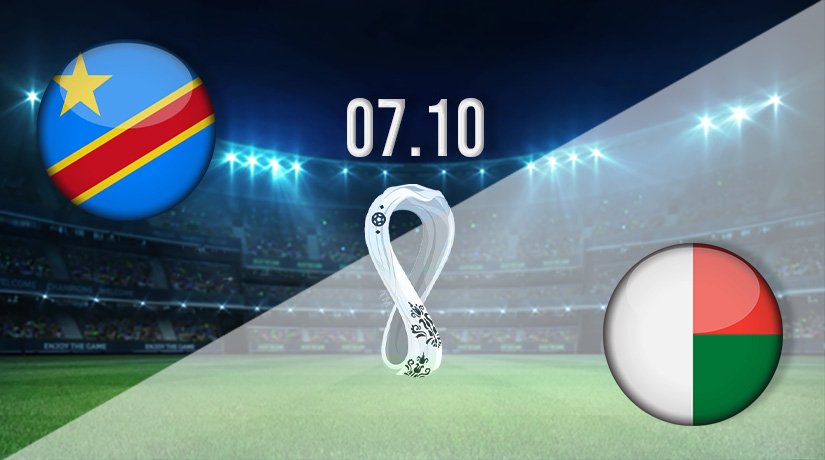 It is a must-win game in CAF World Cup qualification on Thursday for Madagascar, as defeat would almost certainly end their hopes of reaching the World Cup in Qatar next year. Meanwhile, a win for DR Congo could send them top depending on the other results in Group J.

Group J in African World Cup qualification is one of the most tightest, with all four teams still having a chance of reaching the next round. However, Madagascar are the outsiders to achieve that feat, as they are currently locked at the bottom, having failed to pick up a single point from the two games that they have played.

Madagascar have lost both of the two games that they have played to this point, and have conceded four times, which is an average of two goals against per game. They have at least had success in the attacking third, scoring on two occasions. They would have considered themselves unlucky not to have got a point in their last game, as they were beaten 3-2 by Tanzania.

Madagascar came from 2-0 down in that game, to level the scores in first-half injury time. Thomas Fontaine scored the equaliser, after Nijiva Rakotoharimalala had pulled one back. However, Tanzania picked up the points, scoring the winner after 52 minutes.

DR Congo are yet two in a game in Group J, but they are also yet to lose. They have picked up back-to-back draws in the two games that they have played. The most recent of their draws came against Benin. Dieumerci Mbokani scored the opening goal in that game, but Benin hit back by scoring the equaliser before the half time whistle. A first win will be needed from this fixture.

There has never been a draw between these two nations in the previous nine. Congo’s three-match winning streak between 2001 and 2016 was brought to an end in the last fixture between the sides, as Madagascar beat their rivals on penalties in the 2019 Africa Cup of Nations.

It has been a struggle for Madagascar in World Cup qualification to this point, and we can’t see it getting any easier for them this week. DR Congo should get the win in this fixture on Thursday, and it should be a comfortable home match for them.

Make sure to bet on DR Congo vs Madagascar with 22Bet!