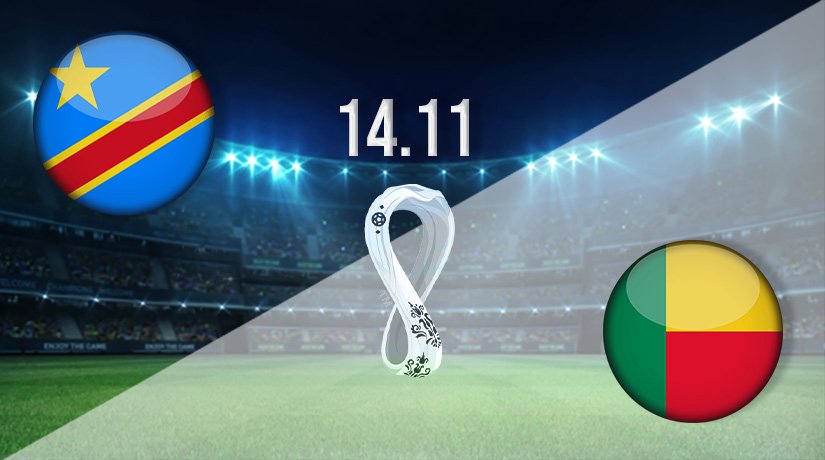 The most competitive World Cup qualification group in the CAF region will go down to the wire, as all four teams are still alive in contention of reaching the next round. Benin could be the outstanding chance, and they close their campaign against DR Congo on Sunday night.

Benin’s World Cup dream is still alive in Group J, and they will be hoping two wins to close out the group will be enough to reach the third round stage. However, DR Congo will there to pounce if either of the teams above them in the standings fail to win both remaining games that they have to play.

Benin have been consistent in the group to this point, as they have won twice, and drawn one and lost one. They will be looking to make history as a nation in the final week of qualification, as they look to reach the World Cup finals for the first time in their history. It has been a welcome return from them, as they failed to make it past the first round of qualification for the World Cup in Russia in 2018.

BET ON DR CONGO VS BENIN WITH $100 BONUS

DR Congo are waiting in the wings should either Tanzania or Benin slip up in the final two rounds of fixtures. There is still a very live chance for them to reach the third round, as they face both of the two teams above them to close out the group.

DR Congo have reached the World Cup on one previous occasion, as they competed in the group stages of the 1974 competition. However, they ended that final campaign with three defeats in the three games that they played. Since being eligible to reach the finals again following their ban in 1986, they have failed to reach the last eight World Cups.

It will be hard to predict the winner of this fixture based on the head to head record, as they have met on just one occasion in the past. That last meeting came in September, as Benin and DR Congo played out a 1-1 draw.

There could be a late challenge by DR Congo to reach the next round of qualification, and we could see them making home advantage count on Sunday afternoon. They are our preference to take the win in the final group stage game.

Make sure to bet on DR Congo vs Benin with 22Bet!