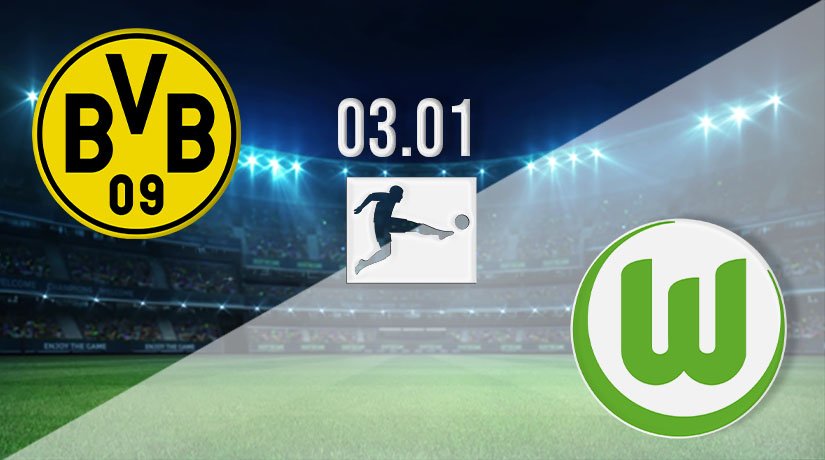 Borussia Dortmund will be hoping that they can kick off 2021 in a better run of form than they ended the previous calendar year, but they will face a huge first challenge as they come up against Wolfsburg.

Borussia Dortmund will enter 2021 outside the top four in the Bundesliga, and with fading hopes of a title challenge. However, a new year will bring new optimism around the club, and a win against Wolfsburg could be a result that could resurrect their season. Dortmund had a nightmare run of results in December, and that ultimately cost Lucien Farve his job at the club. However, things haven’t improved since his departure as they have lost once and won once in the league. The defeat was their most recent league fixture, as they were beaten 2-1 by Union Berlin away from home. There were signs of improvement in the DFB Pokal in their last fixture, as they beat Eintracht Braunschweig 2-0 away from home. However, Dortmund are still lightyears away from where they expect to bet, and a top-four finish could be the best that they could aim for this season.

Their opponents in this fixture could be the side that are best placed to take their place in the top-four, as Wolfsburg have been superb in the opening half of the season. They have lost just once in the league, and have won six of their Bundesliga fixture this season. They will come into this first game of 2021 on the back of four wins in six league games, with their only defeat during that run of form coming against Bayern Munich in their last away game. However, they showed character in their following league game, as they bounced back to winning ways against Stuttgart.

Wolfsburg have endured a nightmare run against Borussia Dortmund over the last five years, as they haven’t beaten their first opponents of 2021 since May 2015. Dortmund have won nine of the last ten meetings, including the double that they achieved last season.

The injury to Erling Braut Haaland has had a profound impact on Dortmund’s fortunes, and the striker won’t be fit enough to return until the end of January. There could be more misery at the start of 2021, as we struggle to see them beating Wolfsburg.

Make sure to bet on Borussia Dortmund vs Wolfsburg with 22Bet!