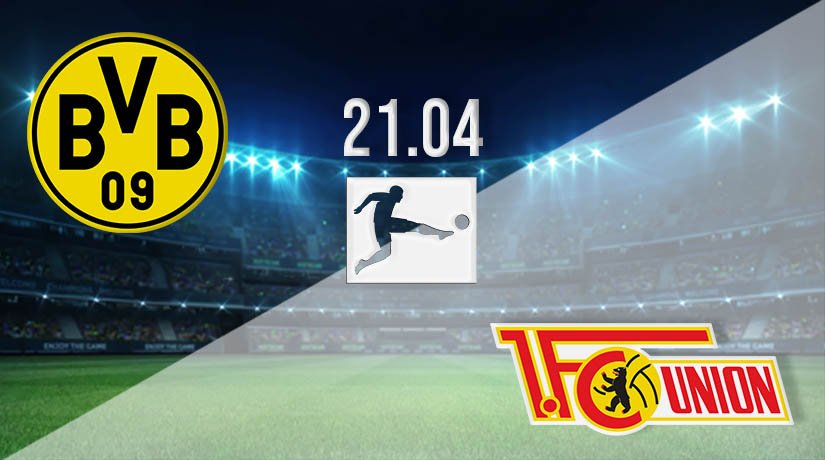 Borussia Dortmund’s race to finish in the Champions League places in the Bundesliga may not be over just yet. They will be looking to close to within a point of Eintracht Frankfurt on Wednesday evening against Union Berlin.

Champions League qualification would be the minimum requirement for Borussia Dortmund this season. However, the fact that they have lost ten of their 29 games in the Bundesliga this term means that they will need a strong finish to the season to achieve that target. Dortmund won for the second successive game in Germany this past weekend, which has now seen them close the gap on Frankfurt to four points. A win this week against Union Berlin would put even more pressure on Frankfurt, and could give them an excellent chance of a top four finish with six games of the season remaining. Dortmund put in an excellent display against Werder Bremen this past weekend, as they claimed a 4-1 success. Erling Haaland scored twice in the win, while Giovanni Reyna and Mats Hummels also found the back of the net.

Union Berlin may still have hopes of finishing in a Europa League spot this season, but are currently four points off Bayer Leverkusen. Union were able to get back to winning ways over the weekend though, as they ended a three game wait for three points. Grischa Promel and Petar Musa scored the goals for Union in the win, with both strikes coming in the opening half of the game. It still looks to be a big ask for Union to finish in the Europa League spots though, as they have recorded too many draws this season. They have been a difficult side to beat though, as they have lost just six times; only the top four sides in the league have lost fewer this term.

Union Berlin have performed well against Dortmund since returning to the top-flight. They have won two of the three meetings between the sides, but did lose on their last trip to Dortmund. Union beat Dortmund in the first meeting between the sides this term, as they claimed a 2-1 success in December.

Dortmund will be looking for a third straight win on Wednesday evening, but Union have been a difficult team to beat throughout the season. Union’s resilience could be a decisive factor though, and we could see them claiming a point.

Make sure to bet on Borussia Dortmund vs Union Berlin with 22Bet!