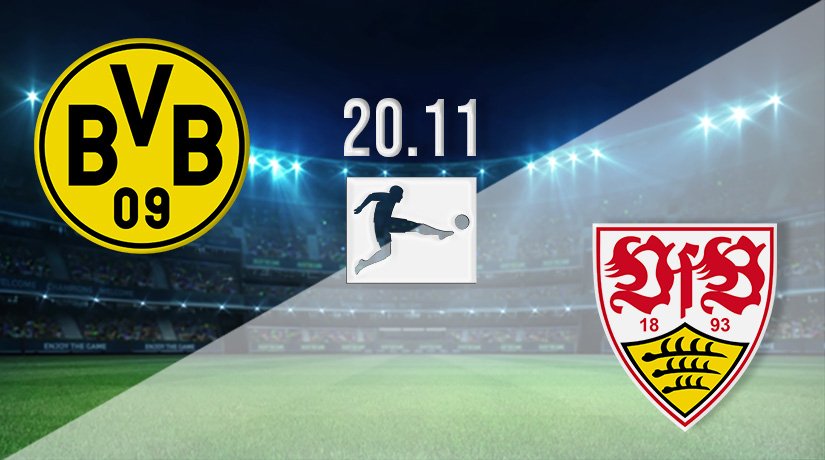 Borussia Dortmund will need a win this weekend to keep tabs on Bayern Munich at the top of the standings. They could find themselves seven points behind the league leaders before even kicking off against Stuttgart on Saturday.

It has been a steady start to the season for Dortmund, but they will need to find consistency if they are to lay down a challenge for the league title this season. They are already four points behind the leaders before this round of fixtures, and that could be seven points before they kick off.

Dortmund are the only side in the league that are yet to draw a game this season, as they have won eight from the eleven games that they have played. However, the three defeats suffered means that they are already playing catch-up behind Bayern at this stage of proceedings. A third defeat of the season was suffered in their last Bundesliga fixture, as they were beaten away from home by RB Leipzig. Marco Reus scored early in the second half to put them back on terms, but Leipzig took the points late in the game. A response will be needed this weekend.

Stuttgart will also need the points this weekend for a very different reason. They are sitting just outside the relegation playoff place heading into the 12th round of fixtures this term. They currently have a one point advantage over Augsburg, but have gone four without a win.

The German side have lost their last two in the league, and have conceded a total of 20 goals already this season, which is the joint-third worst record in the top-flight. Their most recent defeat came before the international break, as they were beaten 1-0 at home by Arminia.

Stuttgart ended a run of three straight wins for Dortmund in this fixture last season, as they won 5-1 away from home in December 2020. However, they weren’t able to complete a famous double against their rivals, as they were beaten 3-2 in a pulsating clash in April.

Stuttgart need a change in fortunes if they are to climb the league standings. However, it’s unlikely to come this weekend, as Dortmund desperately need the points to stay on the tails of Bayern Munich. A home success looks the most logical outcome.

Make sure to bet on Borussia Dortmund vs Stuttgart with 22Bet!