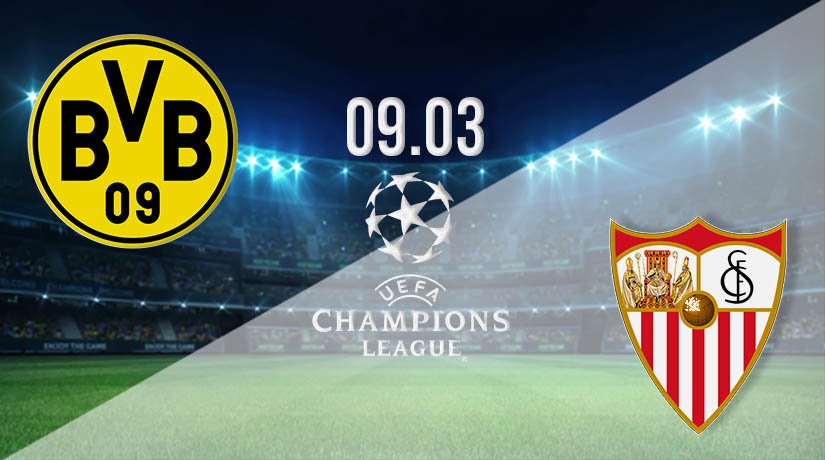 Champions League football is back on our screens this midweek with games played on Tuesday and Wednesday before attentions turn to the Europa League. We have arrived at the Round of 16 second leg ties and in this article, we focus on the game in Germany where Borussia Dortmund host Sevilla from 20:00 GMT in a game you can follow live on television.

These sides have met three times in the past and the head-to-head stats stand at an even split with one win for Borussia Dortmund, one for Sevilla and the spare finishing in a draw. The Bundesliga outfit got off the mark to grab a 3-2 aggregate lead away from home in the first leg. They now must defend their advantage if they are to progress.

Borussia Dortmund would have been hoping to keep things competitive ahead of this match in Germany. They went to Spain aiming to score a vital away goal and they did just that, getting three of them. The first leg ended in a 3-2 win for Dortmund with the goals scored by Mahmoud Dahoud and a double from the exciting Erling Braut Haaland.

Despite that confidence-boosting win that put them in the driving seat Borussia Dortmund were beaten at the weekend in the Bundesliga. They travelled to last season’s champions Bayern Munich hoping to cause an upset but lost that match 4-2 with Haaland scoring two inside the first nine minutes before Munich fought back.

Sevilla know they missed a great chance to take control of this tie when losing on their patch. When the first leg is at home a team aim to keep their opponents from finding the net or to win the game by at least two clear goals. Sevilla managed neither meaning they now have an uphill struggle ahead if they are to keep their Champions League dreams alive.

Like their hosts Sevilla were also beaten at the weekend in their domestic league, losing 2-1 away to Elche in the Spanish La Liga. It was a game most pundits expected them to win with a bit to spare but Elche deserved the three points, going 2-0 up before de Jong scored a consolation goal with 90 minutes on the clock.

Borussia Dortmund have the advantage here but there’s still plenty to play for in the tie and this one is sure to go right down to the wire. If Dortmund score first they can begin to plan for the next round but if Sevilla get off the mark fastest things will become interesting. Armchair fans hope this game lives up to the drama and excitement of the first leg and we are treated to a few more goals.

The pre-match betting at 22bet has Borussia Dortmund at 1.72 to win with Sevilla priced at 2.6 and the draw available at odds of 8.9.

Make sure to bet on Dortmund vs Sevilla with 22Bet!