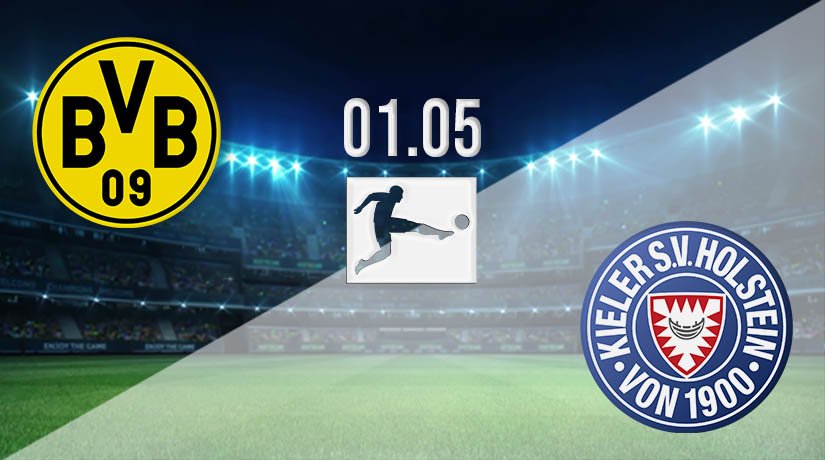 The second of the DFB Pokal semi-finals takes place on Saturday evening, as Borussia Dortmund come up against outsiders Holstein Kiel. But, will the Champions League-chasing Bundesliga giants avoid a shock defeat?

Borussia Dortmund will be the heavy favourites with the bookmakers to progress through this semi-final clash on Saturday. Dortmund have managed to rediscover their from over recent weeks, and that has given them the best chance of qualifying for the Champions League next season. European qualification will be the main aim for Dortmund between now and the end of the season, but they would be unlikely to turn down the opportunity of winning a piece of silverware. Dortmund’s recent form has been much better, as they have won their last four domestic fixtures. They have scored eight goals in their last three games, and have conceded just once. Dortmund warmed up for this semi-final showdown with a 2-0 success on the road against Wolfsburg. Erling Haaland scored both goals in that victory. However, a red card for Jude Bellingham soared the mood in the Dortmund camp, and he will be suspended for the cup tie this weekend.

Holstein Kiel have defied expectations to reach the semi-finals of the DFB Pokal this season. They sent shockwaves around European football back in January, as they knocked out European champions Bayern Munich. The second-tier German side achieved a 2-2 draw against the Bavarians after extra-time, before winning the subsequent penalty shootout. They knocked out Darmstadt on penalties in the following round, before claiming a dominant 3-0 win against Rot-Weiss Essen in the quarterfinals. Kiel have been a difficult side to beat throughout the season, as they have lost just six of their 28 Bundesliga 2 fixtures this term.

This will only be the second occasion that Kiel and Dortmund have met in their history. The previous meeting also came in the DFB Pokal, but at the quarterfinal stage. Dortmund were dominant winners of that occasion, as Robert Lewandowski and Shinji Kagawa were among the scorers in a 4-0 win.

Kiel have done extraordinarily well to reach this stage of the competition, but this will be coming up against Dortmund at the wrong time. Dortmund have looked back to their best recently, and they should get through this semi-final without any major scares.

Make sure to bet on Borussia Dortmund vs Holstein Kiel with 22Bet!