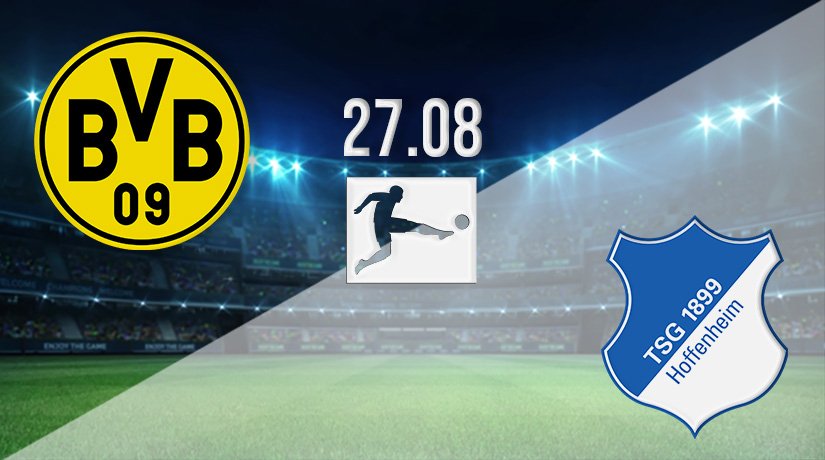 Borussia Dortmund will be looking to recover from their first defeat in the Bundesliga this weekend, as they host unbeaten Hoffenheim on Friday evening.

The target for Borussia Dortmund this season remains the Bundesliga title, but they will need to bounce back after a disappointing result last weekend. Dortmund were beaten for the first time this season in the Bundesliga by Freiburg, despite having 77% of the possession. However, they were made to pay for defensive mistakes in the game, as they trailed 2-0 after 53 minutes. They were given a lifeline just before the hour mark as Yannik Keitel put the ball into his own net. However, they weren’t able to kick on and find the equalising goal in the final half an hour of play. Despite dominating possession, Dortmund struggled to register shots on target, as they managed just four, which was the same number as Freiburg, who had just 23% of the ball.

Meanwhile, it has been a near perfect start to the new season for Hoffenheim, as they sit second in the Bundesliga table. Hoffenheim have picked up a win and a draw so far this season. Their first win of the season came on the opening day of the campaign, as they beat Augsburg 4-0 away from home. However, they weren’t able to follow that up with a second straight win, as they were held in their first home game of the season by Union Berlin. Kevin Akpoguma and Jacob Bruun Larsen scored the goals in that entertaining draw, but Union were able to snatch a point as Taiwo Awoniyi scored early in the second half. Hoffenheim pushed for a winning goal in the game, but they weren’t able to find the net for a third time.

Hoffenheim actually have a very good record against Dortmund, as they have lost just once in the last seven meetings in the league. They have also won three times during this run of fixtures. There have also been three draws, which includes the 2-2 results from last season.

This should be a close contest between the two Bundesliga sides. Hoffenheim have started the season well, and also have a good record against Dortmund for good measure. Therefore, a draw in this Friday night fixture could be the best bet.