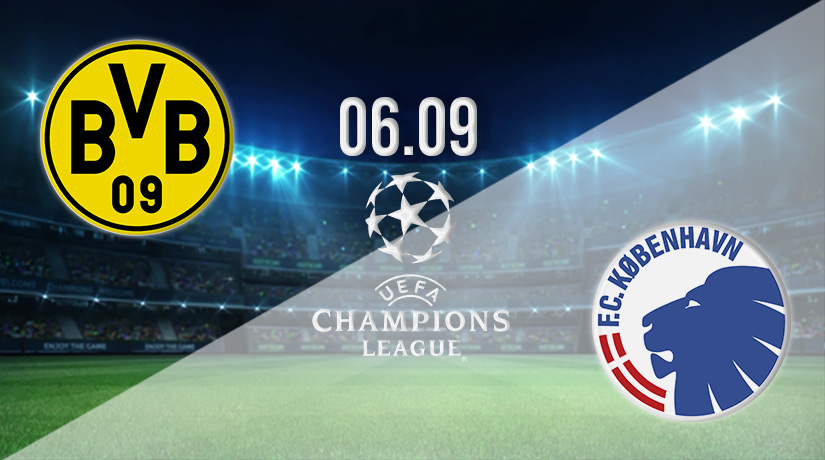 Borussia Dortmund will get their Champions League campaign underway on Tuesday at the Westfalenstadion when they host the Danish Superliga side Copenhagen on matchday 1 of Group G at 17:45 GMT.

Can Dortmund Get Off to a Winning Start in Group G?

Edin Terzić will be looking for his side to make a robust start to their Champions League campaign when they host Copenhagen on Tuesday.

This will be an important match for Dortmund because it is a home tie, and they will need to make the Westfalenstadion count if they are to stand a chance of progressing from Group G.

Given their relatively positive start to the Bundesliga season, Dortmund will look to carry their form into the Champions League starting with the fixture on Tuesday.

Edin Terzić will especially emphasize getting a good performance full of energy and intensity to bolster their chances of getting all three points.

Can Copenhagen Cause an Upset against Dortmund?

Copenhagen will need a dominant and typical away performance to enhance their chances of getting something from the clash with Dortmund on Tuesday.

With the Champions League, the level of opposition is considerably tougher compared to the Danish Superliga, especially when Copenhagen draw opponents from major leagues like the German Bundesliga.

Jess Thorup will be confident in his side’s ability to cause an upset and take something from the away fixture in Germany.

The emphasis will be on solidity and compactness, denying Dortmund’s attacking players any space to exploit, and using transitions to fashion chances for their strikers.

Borussia Dortmund have taken 12 points from the available 15 in their opening five rounds of Bundesliga matches. They have notched four wins and lost once in this run.

Terzić’s men opened the season with a 1-0 win at home to Leverkusen. They followed this win up with a 1-3 triumph away to SC Freiburg on matchday 2,

Dortmund then lost a thrilling match at home to Werder on matchday 3. This clash ended 2-3 in favor of the visitors. Borussia have won two back-to-back matches since this reverse. They have beat Hertha 0-1 away from home and Hoffenheim 1-0 at the Westfalenstadion.

Copenhagen are 8th on the Danish Superliga table after eight rounds of fixtures. They have hailed 12 points and are four behind league leaders Nordsjaelland.

In their last five league outings, Jess Thorup’s side won three times and lost twice. In this run, they have won against Brondby (4-1), Lyngby (0-3), and Silkeborg (1-0). They have also lost in clashes against Randers (1-3) and Nordsjaelland (3-1).

In between these league fixtures, Copenhagen also progressed through a two-legged Champions League play-off tie against Trabzonspor. They won the first leg 2-1 at home before drawing the away leg 0-0 and proceeding 2-1 on aggregate into the group stage draw.

The 33-year-old German attacking midfielder has made five appearances for Borussia Dortmund in the Bundesliga this season, scoring two goals.

The experienced attacker has been crucial for Dortmund this season as he embodies the team’s style of play with is aggressive, had-running, and high-intensity approach.

His creative runs and movement are important for Dortmund’s ability to create chances, open up opposition defenses, and score goals. His pressing is also an important defensive tool for the team.

Reus will be important for Dortmund when they take on Copenhagen on Tuesday; with his attacking thrust playing a crucial role in Dortmund’s attacking approach.

The 30-year-old Danish winger is an important cog for the Copenhagen attacking machine.

Claesson has grabbed six goals in eight appearances for Copenhagen this season. This makes him one of the top players for not only Copenhagen but also the Danish Superliga.

The wide player uses his pace, movement, and dribbling to get into dangerous areas. He can also cut in from wide areas into central areas, where he can be dangerous in creating and scoring goals.

Claesson will be important for Copenhagen on Tuesday because they will need their goal threat if they are to enhance their chances of taking something from the Westfalenstadion.

Borussia Dortmund will maintain their high-energy and high-intensity approach when they face Copenhagen. They will press higher up the pitch and try to squeeze the pitch as much as possible while pinning the opposition in their half.

Dortmund will then use their crisp passing to create chances in between the spaces and around the Copenhagen defense.

Copenhagen will have to be compact and solid; this will be mainly because they will be forced back by Dortmund for large swathes of the match. However, they will also seek to use counter-pressing and quick transitions to pose a goal threat.

Borussia Dortmund are the favorites to win the match and get their Champions League campaign off to a flyer.

Make sure to bet on Dortmund vs Copenhagen  with 22Bet!