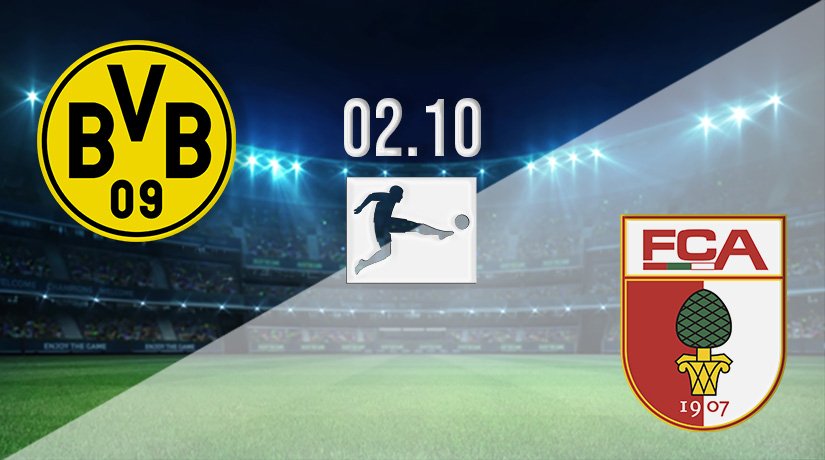 Borussia Dortmund need to bounce back in the Bundesliga this weekend, as a four-point gap has opened up between themselves and Bayern Munich at the top of the standings. Meanwhile, Augsburg will be looking for a second win in three games.

Dortmund will be looking to find consistency in the Bundesliga if they are to lay down a title challenge this season. The German giants haven’t started the season badly, but they need to be at the top of their game if they are to dethrone Bayern Munich. The Bavarian giants already have a four point advantage at the top of the standings, as Dortmund tasted defeat for the second time of the season last weekend. That defeat was their second in five league games, as Borussia Monchengladbach took all three points on Marco Rose’s return to Gladbach. Dortmund’s chances of getting back into the game were hit hard five minutes before the break, as they saw Mohmoud Dahoud sent off. Most disappointingly, Dortmund failed to register a single shot on target in the defeat.

Augsburg are at the opposite end of the Bundesliga, as they sit just outside of the relegation places coming into this fixture on Saturday. They are 15th, just a point outside of both the automatic relegation places and the play-off spot. However, their long wait for a league win came to an end a few weeks ago, as they beat Monchengladbach at home. They weren’t able to build on that victory at the weekend though, as they were overpowered and outfight by Freiburg, going down to a 3-0 loss away from home. This will be another difficult assignment on the road for the side threatened by relegation this weekend.

Dortmund have had dominance against Augsburg in recent home fixtures, as they have won their last three. Furthermore, they have only been beaten by Augsburg on one occasion in their last ten at home, with that defeat coming back in 2015. However, Augsburg have at least scored in their last 15 league meetings against Dortmund.

Dortmund have an excellent record at home against Augsburg, and it looks difficult to see past them getting another win. However, Augsburg’s uncanny ability to find the net against Dortmund means that a win for the hosts with both teams scoring looks to be a solid selection.

Make sure to bet on Borussia Dortmund vs Augsburg with 22Bet!