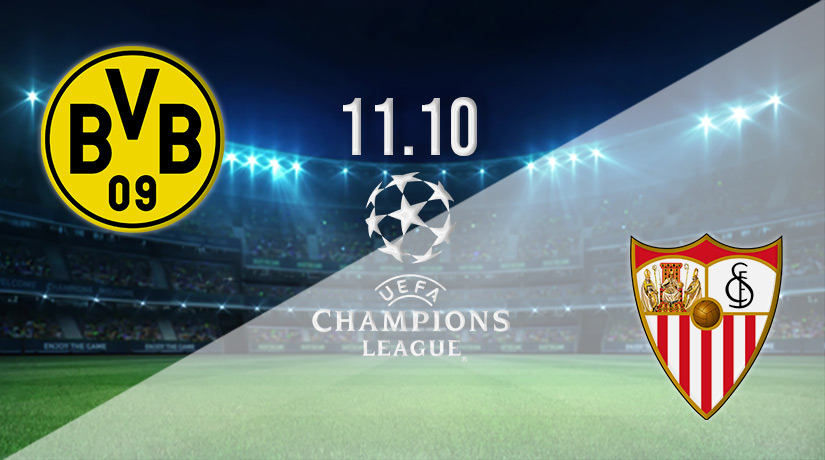 It’s round four of the UEFA Champions League group stages, and followers have some mouth-watering fixtures on the schedule, including the one from Germany that pairs the Bundesliga with La Liga. Borussia Dortmund holds the home advantage as they aim to keep the three points and strengthen their claims for a place in the next round. A top-two finish is the aim for everyone connected to the home dressing room. Will they get it? Victory on Tuesday would certainly help.

Sevilla arrives in Germany knowing they are the underdogs but have a great chance to pull off an upset and fire themselves into the running. The La Liga representatives are more than good enough to get something out of this match, and it would be a surprise to see them return to Spain empty-handed. But this will be a competitive, energetic and unpredictable game involving two teams with experience in getting past the group stage and into knockout football.

These teams have met five times in the past, and there has been little between the pair on paper. The head-to-head stats show two wins for Borussia Dortmund from those four matches, with one win for Sevilla and the other two games ending in a draw. The most recent was played earlier this month when Dortmund ran riot in Spain, winning at a canter. Another victory would put Dortmund within touching distance of going through.

Dortmund hold their own

Borussia Dortmund knew they were up against it when dropped into a Champions League group with Manchester City, Sevilla and FC Copenhagen. Most followers of European football’s biggest competition had Dortmund picked to go through to the knockout stages as runners-up behind Man City, and the pool has played out that way, at least so far. Man City sit in pole position, ahead of Dortmund, with Sevilla in third and the Danes cast off at the bottom of the pool.

Dortmund prepares for the return to home action with their form for the group so far, reading two wins against one defeat, with eight goals scored and three conceded. The six points gained leave them three behind Man City, who already look to be home and hosed, sprinting clear of the chasing pack with their 100% win record. Victory for Man City over Copenhagen and three points for Dortmund against Sevilla would be enough to kill off the race.

We last saw the home team in action at this level when beating Sevilla 4-1 in Spain, laying down a marker for this match and proving they were streets ahead of their opponents representing La Liga. That was the case last week, with Dortmund scoring three goals in the first half to kill the game off as a contest. That match was won within 45 minutes, although Sevilla can take heart from an improved performance in the second half.

Sevilla enters this match knowing they simply must respond to that heavy defeat suffered on their patch last week. They were pre-match favourites with the bookies to win that game and push themselves into contention, but it was another poor effort from a side that has failed to live up to expectations so far. It has been a painfully slow start for Sevilla, but the problem with that is we are now into round four, and time is running out.

Looking at Group G, we find Sevilla second from the bottom of the pool, with only Copenhagen currently worse off, and that’s due to goal difference. They have played three, lost two and drawn one with a single point leaving them five behind their hosts, who are in second place and eight points off the pace set by a rampant English Premier League champion in Manchester City. This is a match Sevilla must win if they are to remain a threat in this group. Even a draw wouldn’t be enough. Sevilla knows what’s expected of them.

Since suffering that heavy defeat to Borussia Dortmund at home, Sevilla returned to La Liga action on Saturday when they were held to a 1-1 home draw by Athletic Bilbao. That was always going to be a challenging match. With the Champions League schedule moving quicker than usual due to the FIFA World Cup played in November and December, they may be struggling. Despite the reasons for their poor recent form, Sevilla still has their fate in their own hands.

Dortmund is, potentially, just one win away from securing their place in the next round, and that won’t be lost on the home players. The Germans were at their best last week and must repeat those efforts if they are to bag another win and move onto the safety of nine points with just six left to play for. This is a huge night for the home team and German football. There’s no reason to doubt Dortmund are good enough to get a result.

All the pressure is on the away team as they know they must win in Germany and get off the mark at the fourth time of asking. It has been a poor effort from Sevilla so far, and although there’s no shame in that at this level, better was expected. The visitors are experienced enough at this level to know nothing has been decided yet, and one win would set the cat amongst the pigeons.

The pre-match betting odds available at 22bet to registered members has Borussia Dortmund at 1.495 while Sevilla can be backed at 6.35. Fancy the draw at 4.42? There are also several interesting specials, including both teams to score, the total number of goals scored in the match, half-time/full-time, first goalscorer and more.

There are over 100 pre-match betting markets, with many of them available throughout the game, thanks to in-play betting. That means you can place your bet before kick-off and if you spot a pattern or trend emerging during the game, make another prediction in-play.

Make sure to bet on Borussia Dortmund v Sevilla with 22Bet!