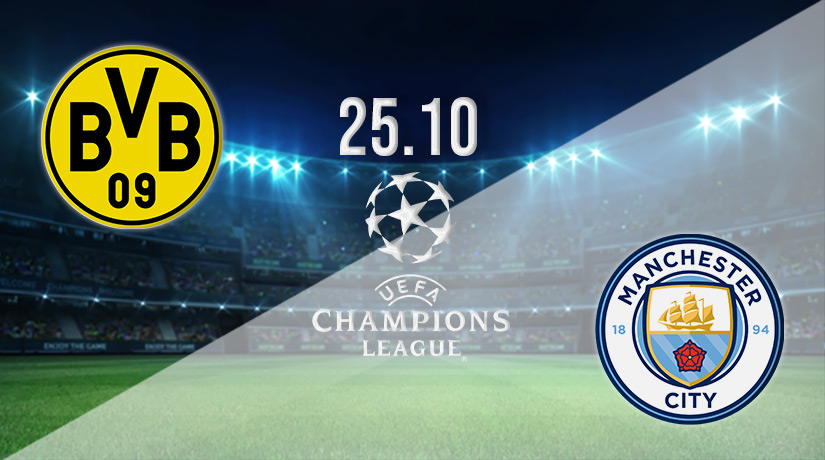 It’s matchday five in the UEFA Champions League group stage and things are beginning to get interesting in many of the pools. The best teams have forced their way to the front of the line and are already well on their way to qualifying for the next round. We will see a few of the big names cement their spot in knockout football this midweek and you can follow all the action live on television and through the best legal live streaming apps.

There are many eye-catching matches on the programme, but the one that caught our eye comes from Germany where Bundesliga side Borussia Dortmund host English Premier League champions Manchester City. Three points are up for grabs in Tuesday’s contest and with these sides involved in a battle for supremacy, a hard-fought and fast-paced game is expected. Armchair fans hope this match lives up to the hype, offering a few goals and even more talking points.

These teams have met five times previously with Man City holding the lion’s share of victories. Pep Guardiola’s side have three wins with one match ending in a draw and the spare awarded to Dortmund. This will be the second time the rivals have played this season, following a surprisingly competitive 2-1 win for the Cityzens at home in September. The winning goals that day were scored by Jon Stones and Erling Haaland. Are we set for more excitement as these sides renew rivalries?

Dortmund hold their own

Borussia Dortmund entered this season’s Champions League with high hopes of going deep into the competition and challenging for the title. That optimism remained intact where Dortmund were dropped into Group G alongside Man City, Sevilla and Copenhagen. Fans believed that was a pool their side were more than capable of progressing from and it’s a case of so far so good for the Bundesliga side who remain in the running for a top two finish. Confidence remains high in the camp ahead of this crucial match.

The home team prepare for this match with their stats for the campaign showing they have won two, drawn one and lost one match from their opening four. Man City lead the way on 10 points with Dortmund in second place with seven points against their name. There shouldn’t be too much trouble ahead, regardless of the result of this match, with third placed Sevilla on two points, level with bottom club Copenhagen. This has become a two-horse race for top spot, but the qualification places look to have been sorted.

Since losing to Man City, the locals have played twice and are unbeaten in those games. They got back to winning ways on matchday three but were held to a draw last time. This pool may have an uncompetitive look with the major places already secured, but all four teams drew last time, serving as a reminder that we can’t take anything for granted. If Dortmund lose at home to Man City on Tuesday and Sevilla beat Copenhagen in the other game, it could set up an interesting finish. Borussia Dortmund stick to the task at hand and concentrate on their own form.

Manchester City started this season as the pundits’ pick to win the Champions League trophy and end their quest. The club’s board have already pumped millions into the playing squad and backroom staff with the aim of winning this trophy. It has been a long, expensive journey that has rumbled on for more seasons than most expected. Man City find themselves in a similar position to PSG in the players are playing with constant pressure. They are expected to win every game they play and every competition they enter.

The closest City came was reaching the final, but they were then beaten by fellow English Premier League side Chelsea in the final. This is the season the Cityzens are pushing for three EPL titles on the bounce and are expected to win a domestic treble, but the board would exchange all those trophies for this one. Thankfully for fans, the club has the cash, experience and quality needed to win everything this term. There’s a special feeling about the current crop of players. But we’re getting ahead of ourselves as Man City still have plenty of work to do.

The visitors enter this game sitting on top of the group with their stats for the campaign so far reading three wins against one draw with 11 goals scored and just one conceded. The 10 points claimed has them in pole position, three points ahead of Dortmund. Win this match and the battle for top spot in the pool will be over, draw and Man City will also be group winners. But if Man City manage to lose this match, things will get interesting, and we’ll be set up for a grandstand finish. The English champions know their fate is in their own hands at this stage.

Borussia Dortmund know anything less than a win at home over the group leaders will end their chances of progressing to the knockout stages as winners of the pool. This is an all or nothing scenario. But even if the locals were to lose this match, they’d still be expected to go through as runners up behind Man City.

The EPL champions and group leaders know a draw would be enough to see them progress, but victory over a respected opponent at home and in front of their fans would send out the right message. Man City want a show of strength here and would love to remain unbeaten in their six group matches.

The pre-match betting odds available at 22bet has Borussia Dortmund at 5.1 with Man City backers able to get their hands on 1.59. Prefer the draw? That result would suit Man City more than Borussia Dortmund and the level finish can be supported at 4.38.

Make sure to bet on Borussia Dortmund v Man City with 22Bet!