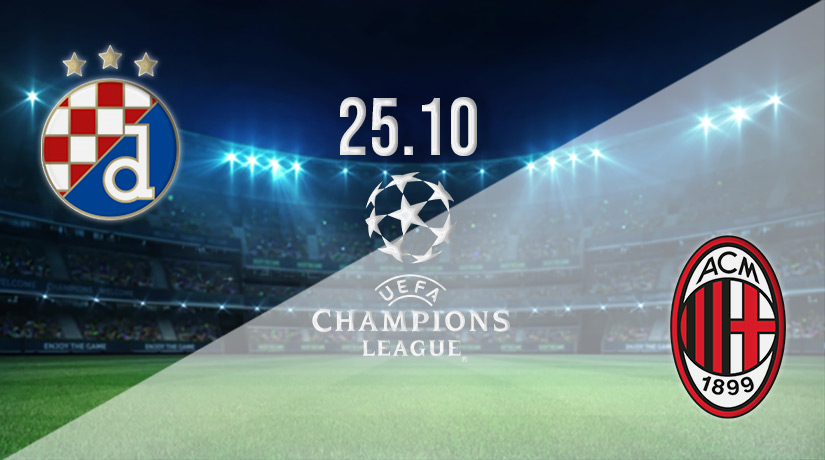 Two teams that will be fighting for an important victory in the Champions League will clash on Tuesday. Both Dinamo Zagreb and AC Milan currently sit outside the top two places in the Group E standings, and both will need a victory to keep any hopes of progression alive.

AC Milan looked to be in a very strong position in Group E after the first two rounds of fixtures in the competition this season. However, back-to-back defeats against Chelsea have left their chances of reaching the knockout round in tatters. The Italian giants will need to claim victory in Croatia on Tuesday to keep any hope alive of reaching the next round.

Milan were extremely disappointing in their two fixtures against the Blues. There were certainly excuses for their home defeat in their previous match in the competition, as Fikayo Tomori received a very soft red card inside the opening 20 minutes. Chelsea scored two quickfire goals to go into the half time break with a commanding advantage, and Milan never looked likely to get back into the match from that point.

Dinamo Zagreb currently sit bottom of the Group E standings, but they still only sit two points away from second-placed Salzburg. Their home form throughout the competition this season has been encouraging, as they landed a victory against Chelsea and played out a draw against Salzburg.

The latter of those results was their most recent outing, and they likely would have been disappointed with the point. Dinamo scored the equalising goal in the 40th minute through Robert Ljubicic, but they certainly had more than enough chances in the second half to take the win.

Dinamo has a very poor record against Milan, as they have been beaten in the previous five matches that they have come up against the Italian giants. Milan has also won on their previous two visits to Dinamo Zagreb, which includes a 3-0 win in a Champions League qualifier in 2000.

Dinamo has been solid at home in the competition to this point, but they face an uphill struggle to get victory on Tuesday. Milan will be aware of how important this fixture is, and we can’t see anything other than the Italian giants getting the victory to keep their hopes of progression alive.

Make sure to bet on Dinamo Zagreb vs AC Milan with 22Bet!