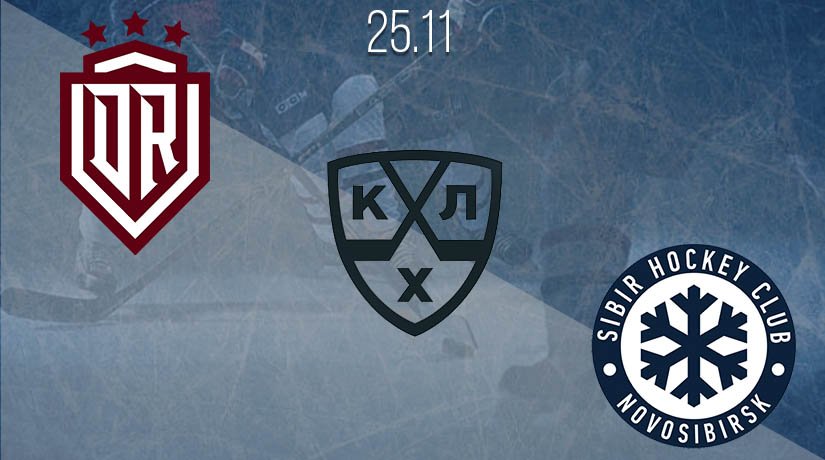 On November 25, Dinamo Riga will try to give Sibir a worthy rebuff and please their fans with a home victory. What will the Novosibirsk residents have to answer? Let’s find out.

Dinamo remains the main outsider of the Western Conference, finding themselves in last position of the tournament table with only 12 points. In theor previous 16 matches, the team was able to win only twice over Kunlun Redstar. Let us remind that the last meeting on the road was against Kunlun, where Riga won in a bitter struggle with a score of 5-4 in overtime.

Dinamo, in meetings with other rivals, is experiencing massive problems with scoring and, as a rule, they concede quite a lot of goals. We would like to emphasize that even on their own ice this season Peteris Skurdra’s team won only three times.

Siberia is in good shape and is on a series of three wins. After successful matches on home ice against Torpedo 3-1 and Metallurg Magnitogorsk 3-2, the team went on the road, where they managed to beat strong CSKA with a score of 5-1. This victory probably gave them a huge push in psychological terms because they have never beaten the army team on the road since 2010.

Note that in the confrontation with the Muscovites the Novosibirsk team made good use of their chances on the powerplay and scored three times out of five attempts. By the way, Nikolai Zavarukhin’s squad again entered the playoff zone of the Eastern Conference and now occupies the eighth line with 27 points.

In our opinion, Sibir is all but guaranteed to earn two points in this confrontation. The Novosibirsk team had a great last match with CSKA and got a massive boost of motivation, but the team from Riga has not beat anyone except Kunlun for a long time. That is why we propose to bet on guests.