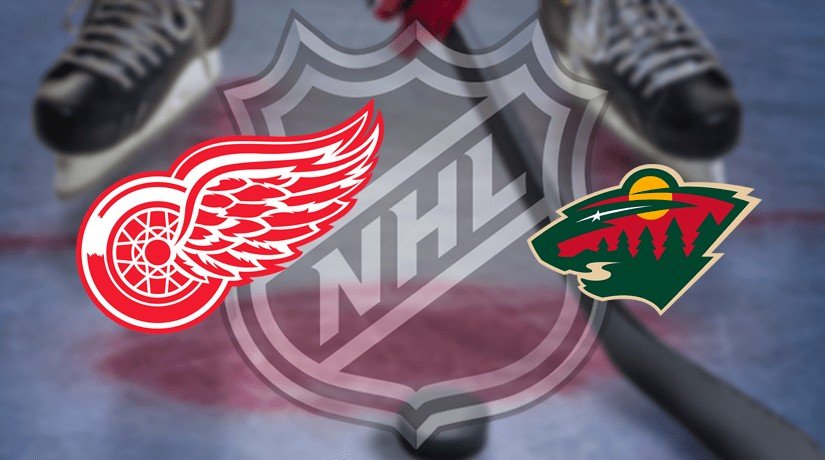 As part of the NHL championship, Detroit will try to please their fans in a home game against Minnesota Wild. But will it be possible for the main outsider of the league to do this? Look for the answer in this prediction.

Detroit is the worst team in the league in almost all respects and again got a series of three defeats. The previous two matches on their site, the Red Wings lost to Calgary (2: 4) and New Jersey (1: 4), while in both cases, conceded four goals. The team is the most ineffective in the whole championship and at the same time the most conceding. In total, Blashill’s team allowed their opponent to score 244 times, and they scored only 131 goals.

Minnesota is planning to compete in the playoffs this season and fight for the Stanley Cup. However, so far, not everything is going as well for them as they expect. At the moment, the team has an asset of 67 points and is located at the 11th line of the Western Conference. In a recent match on their ice, the Wild lost to St. Louis with a score of 1: 4, though in the next meeting they defeated Columbus – 5: 4 in an incredibly tight game. Mikko Koivu recorded two scored goals in that confrontation.

In our opinion, Minnesota should not have significant problems in the upcoming match. Most likely, there will be no crushing score, since Detroit still plays in the home arena, but at the same time, the teams will be able to break through the total of four goals. Thanks to their game in attack, the Wild must secure two points. Our prediction is the victory of Minnesota + total over 4.5 goals.

Make sure to bet on Detroit Red Wings vs Minnesota Wild with 22Bet!