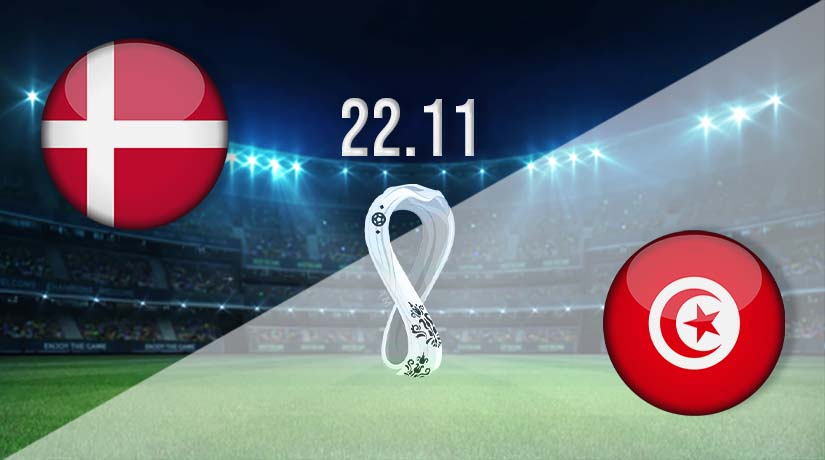 Denmark against Tunisia is the second match on the agenda on Tuesday, with the Education City Stadium hosting the fixture. The Danes enjoyed an excellent run to the semi-finals in the EUROs last summer, and they could be a solid dark horse contender in Qatar.

Denmark may be one of the nations that are best placed to go far at the World Cup this year. They come into the competition after a fine run to the semi-finals at the European Championships last summer, and they have made at least the round of 16 in all but one of their five appearances at the World Cup.

Strangely, Denmark went undefeated at the World Cup in 2018, as they were beaten in the round of 16 in a penalty shootout. Their recent form has also been extremely solid, as they have won five of their previous seven games, which includes two wins against the reigning world champions. Their latest international fixture came against France, as they won 2-0 in Copenhagen.

There is an expectancy that the European teams in Group D look the strongest, but Tunisia may be the nation that could spring a surprise. The African nation did exceptionally well to qualify for the World Cup finals, and they will be competing in the competition for just the fifth time in their history.

However, they are yet to make it out of the group stage. They were knocked out at this stage in the 2018 World Cup, as they lost two of the three games that they played in Russia. Overall, they have won just two from 15 games at the World Cup, and they come into the tournament having lost their final warm-up fixture against Brazil.

Denmark vs Tunisia Head to Head

There has been just one previous international meeting between these nations. That match was won by Denmark in 2002, as the Danes claimed victory in preparation for the World Cup in South Korea and Japan.

I like Denmark’s chances of going far in the competition this year, and they could have a decent chance of topping Group D. Therefore, we expect Denmark to open their campaign with a 2-0 win against Tunisia.

Make sure to bet on Denmark vs Tunisia with 22Bet!