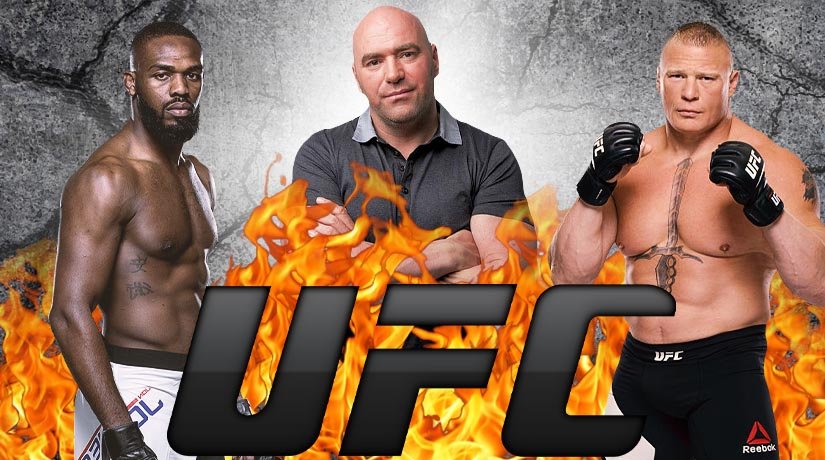 UFC President Dana White announced that he is ready to organize a fight between former light heavyweight champion John Jones and former heavyweight belt holder Brock Lesnar. Dana White reacted to the information that Lesnar was released from contractual obligations to WWE.

“If both want a fight, I’m sure the fans will want to see it. It would be a good fight for Jones’ heavyweight debut. Yes, if the fighters want a fight, I will arrange it,” ESPN quotes Dana White.

Jones, 33, has been competing in MMA since 2008. His last fight was in February 2020, defeating Dominick Reyes by unanimous decision. On account of his 28 fights: 26 victories and 1 defeat, another 1 battle was declared invalid.

Lesnar, 43, fought his last mixed martial arts fight in July 2016. He defeated Mark Hunt by unanimous decision but was subsequently deprived of it, as a test for the presence of illegal drugs in his body gave a positive result. Apart from that, he has 5 wins and 3 defeats.

Earlier John Jones reacted to the news that former heavyweight champion Brock Lesnar has been released from WWE contractual obligations in his Twitter account.