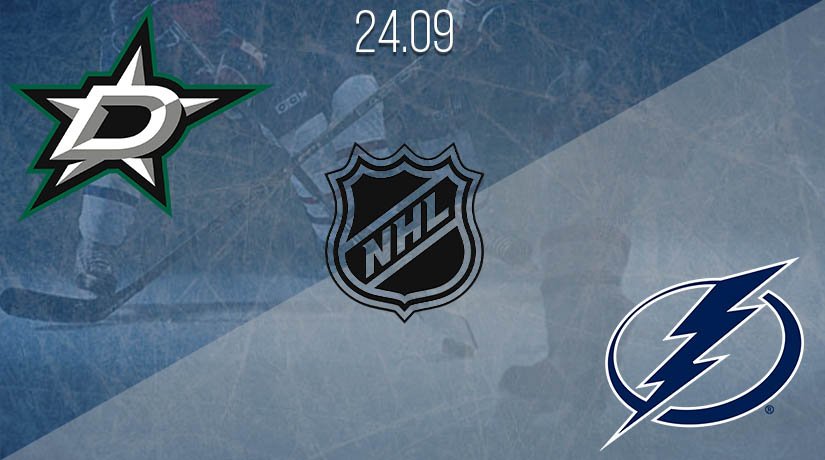 We will watch another match between Dallas and Tampa. In the last game, Lightning won and levelled the score in the series. What can we expect from game three? Look for the answer in our prediction.

Dallas has been gaining shape during this playoffs, and it is no coincidence that they beat Vegas in the last series. Even now, being in the finals, they make it clear that they are ready to compete with this rival. In the first match, the Stars managed to deal with the Lightning with a score of 4-1, but they were defeated in the second meeting (2-3).

The Stars failed in the first period, conceeding three unanswered goals and putting themselves in a challenging position. Later they almost managed to equalize the score, but they did not have enough time for this. The team had five chances to succeed on the powerplay and was able to take advantage of it only once. By the way, Dallas conceded twice in that match in the 4×5 format. If not for the first twenty minutes, the team could have likely celebrated success again.

Tampa Bay, in turn, compared to the first match, significantly changed the pattern of their game and began to act more freely in the opponent’s zone. The team waited for the puck to rebound, fought in front of the net, and this brand of hockey brought them success. We want to emphasize that Braden Point scored a goal and Nikita Kucherov made two assists.

John Cooper believes that his team needs to make the game uncomfortable for the opponent. Indeed, Khudobin catches all shots from the open ice, so the Bolts have to come up with something right to hit the back of the net. By the way, before that, Tampa had to meet with defensive clubs in the Stanley Cup, and they coped with these tests.

Of course, if Steven Stamkos appears in the squad, he will significantly strengthen the offense, but this cannot be counted on since he is still recovering from an injury. The Lightning may try to act as primitive as in the previous meeting and try to do the same, but to win, they need to score on the powerplay again.

Matches between the teams are held in a stubborn and equal struggle, and with each fight, this intensity will only grow. Dallas was close to putting the game into overtime in the previous meeting. In head-to-head matches between the teams, the winner was often determined outside of regular time, so we suggest taking a chance and betting on a draw.

Besides, we will bet that the first goal will be scored in the first nine minutes, as Tampa will rush into the attack from the first seconds to secure the goal and comfortably finish the remaining time, as it was in the previous game.