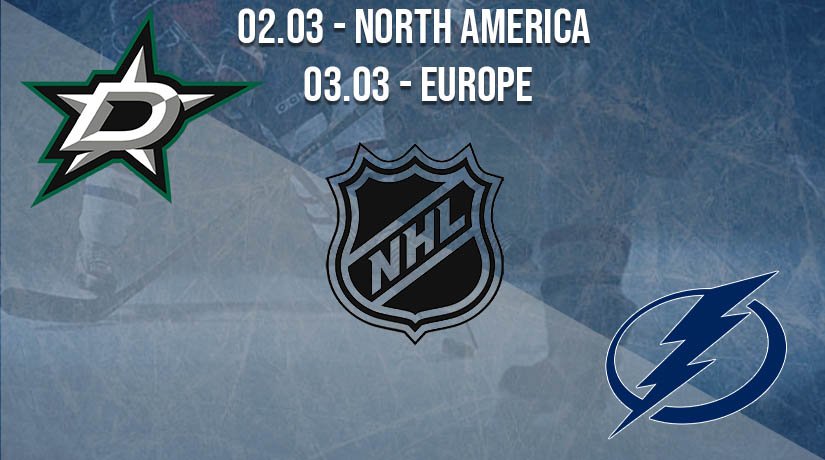 Dallas will hold a return meeting with Tampa, where they will try to take revenge. How will Lightning surprise their fans this time? Let’s find out.

Dallas continues to show terrible results. The team had a home losing series of four matches, losing twice to Chicago (1-2 OT) and Carolina (3-5 and 3-4 SO). After that, the Stars had to play away, where they again failed, beating only Florida in the return leg with a score of 3-0. After a confident start to the season, the Stars immediately rose to the Central Division leaders, after which a decline began, which continues to this day. Dallas has lost a vast number of points, which is why they dropped to the last line in the table.

At the moment, Tampa can rightfully be considered the strongest team in the Central Division. The club is in the second line, behind Florida, but let’s bear in mind that the Lightning had two fewer meetings. The main advantage of the Lightning over other teams is a strong defence. In 19 games, they conceded only 39 goals, which is an excellent result for the NHL. Also, we must not forget about the offence, which is the best in the division. In the match against Dallas, Tampa Bay again defeated the opponent with a score of 5-0.

Tampa is, of course, the favourite in this meeting. The Lightning is stronger than its opponent in all respects, which is once again confirmed by the latest face-to-face meeting. Since the Stars continue to find themselves on the decline, it would be better to bet on the Lightning.