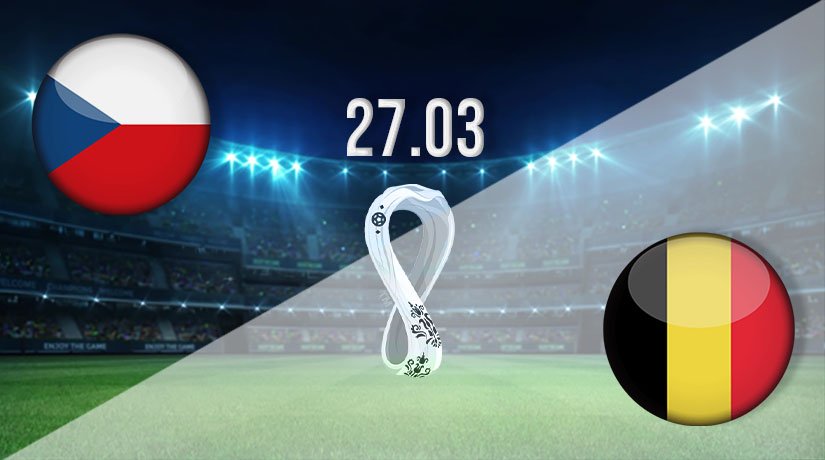 World Cup qualifying matches take centre stage for football fans this weekend, with ten games scheduled for Saturday. Live television will show the best of the day’s action. This article focuses on the game involving the Czech Republic and Belgium, which has a 19:45 GMT kick-off. With the Belgians looking to send out a message of intent, this should prove to be an entertaining 90 minutes.

The Czech Republic and Belgium have met only seven times previously in competitive action. There’s nothing between the pair on the head-to-head stats with the Czech on three times, Belgium on three wins and the spare ending in a draw. The most recent clash produced a 2-1 win for Belgium in a friendly back in the summer of 2017.

Czechs have won their last two

The Czech Republic have won each of their last two games, but their recent form is somewhat of a mixed bag. Their previous eight matches have produced five wins and three losses, with two victories and two defeats in their four most recent games. The home team’s last loss came against Germany when beaten 1-0 away from home. Easy enough to forgive, given how good the Germans have been.

Since losing to Germany, we’ve seen the Czech Republic beat Israel 1-0 in the Nations League before scoring a 2-0 home win against Slovakia in November. Soucek and Ondrasek were both on target in the latter to help their team ease past a hard-working Slovakian squad. Confidence will be high in the home dressing room as they aim for three wins on the bounce.

Belgium enters this match with high hopes of collecting all three points, but supporters are also confident their squad can lift the title. Belgium has the quality of players on the field and the stability off it to mount a credible challenge, and more than a few respected pundits have chosen them to win the World Cup. There’s a long way to go before they can achieve that, and Belgium will want to get off to a strong start.

The visitors entered this week on a sensational run of form and have won each of their last four games. They haven’t suffered a defeat since going down 2-1 against England in the UEFA Nations League back in October 2020. Since then, we’ve seen Belgium win four games on the trot, beating Iceland, Switzerland, England and Denmark. They claimed an impressive 4-2 win against the latter.

The Czech Republic knows the size of the challenge ahead of them here, but they hold the home advantage. They also have nothing to fear in terms of the recent form, so they will believe they have a decent chance of getting something out of this match. Could they catch Belgium cold. Football fans know how good this Belgium side is, and it would come as no surprise to see them score another victory.

Make sure to bet on Czech Rep vs Belgium with 22Bet!