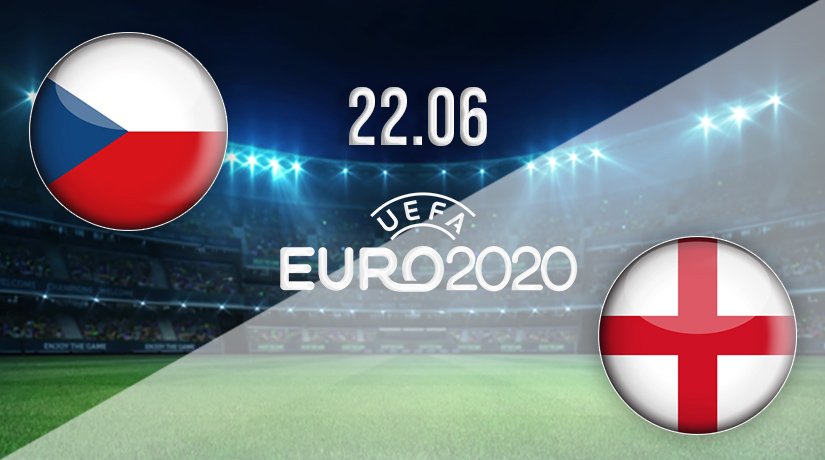 The Euro 2020 group stages conclude in midweek, with the best-performing sides booking their place in the knockout rounds of the championship. The two ties still to be played in Group D kick-off at 20:00 GMT on Tuesday, and armchair fans can follow the play live on TV. Scotland host Croatia at Hampden Park in Glasgow, with both teams knowing they must win if they are to have any chance of reaching the next phase. A tense 90 minutes is expected in that game, but in this article, we focus on the other group tie in London where England play the Czech Republic.

This third and final group match doubles as a shootout for the top spot in the pool. Both sides have four points on the board and know they are already through. The only thing still to be decided is which team will progress as winners of the group. England hold the home advantage with this decider played at Wembley, and they are unbeaten so far, winning one and drawing one. Gareth Southgate’s team are favorites with most TV pundits to finish on a high, but they can’t afford to take the Czechs lightly. The visitors are in pole position on goal difference at present.

Following a poor run of form that included back-to-back defeats by Scotland in the UEFA Nations League, the Czech Republic entered Euro 2020 Group D as the outsiders. With England and Croatia expected to battle it out for the top spot, it appeared the Czechs and Scots would be left to fight for the crumbs leftover. Things didn’t go according to plan, with the Czech getting off to the perfect start. They enter this game with four points on the board and a positive two goals difference.

A 2-0 win over Scotland on matchday one at Hampden Park got their campaign up and running. Scotland were the better team in Glasgow that day, but Steve Clarke’s side failed to take their chances. Schick scored two goals against the run of play to sucker punch the Tartan Army. The first goal came near the end of the first half, and the second was a freak luck goal scored from almost his own half as David Marshall was caught well off his line by a looping shot.

Czechs got a point from their second match at Hampden when drawing 1-1 with Croatia. Schick was again the man of the moment when scoring from the penalty spot to put his side ahead with 37 minutes on the clock. That gave them a narrow first-half lead and, just as they did in the previous game, they aimed to build on that. It was Croatia who started the better, and they had Perisic to thank for getting them level. The equalizer came less than two minutes after the re-start. Both teams had chances to grab the win, but a draw was a fair result at the whistle.

England yet to hit their stride

England opened this competition as one of the favorites to lift the title. They have never won a European Championship trophy in the past, but with both semi-finals and the final to be played at Wembley Stadium in London, it was thought they’d never have a better chance. England certainly have the individual quality to go far in Euro 2020, and in Harry Kane, they have a player good enough to score crucial goals. The Spurs striker won the Golden Boot at the last World Cup.

However, Kane has struggled for form in the early exchanges of play, which can also be said of the England team. They are joint top alongside the Czech Republic with four points on the board and already through to the next round. There’s a feeling the players have more to give, however. Will we see it here? England knows they must win to progress to the next round as group champions. They also know they could do Scotland a favor by scoring a comfortable victory.

England got off to a winning start at Wembley when beating an organized and determined Croatian side 1-0 on matchday one. The winning goal that day was scored by Manchester City attacked Raheem Sterling. It was one of the more comfortable 1-0 wins you’ll see, but they failed to build on the win. England were held to a 0-0 draw by Scotland last time, a match they were somewhat fortunate to get a point from. Scotland were the better team with the better chances but, once again, failed to put the ball in the net.

The Czech Republic arrive at Wembley believing they have already achieved their pre-competition goal of making the next round. If they can avoid a heavy defeat, they will progress in second place. But this shouldn’t be about guarding what they already have. Any sort of win would send the Czechs through as pool winners. That would be a real statement of intent from the team.

England have been strong so far without being impressive. They have four points on the board, which is enough to go through, but it would deliver a blow to the team’s confidence if they fail to win the group. Few teams hit top gear at this phase, but England did plan to come out on top and would have expected to go through with nine points.

The pre-match betting odds available at 22Bet attached to this match has the Czech Republic priced at 7.3. The England win is 1.575 or there’s 3.54 for the draw.

Make sure to bet on Czech Republic v England with 22Bet!