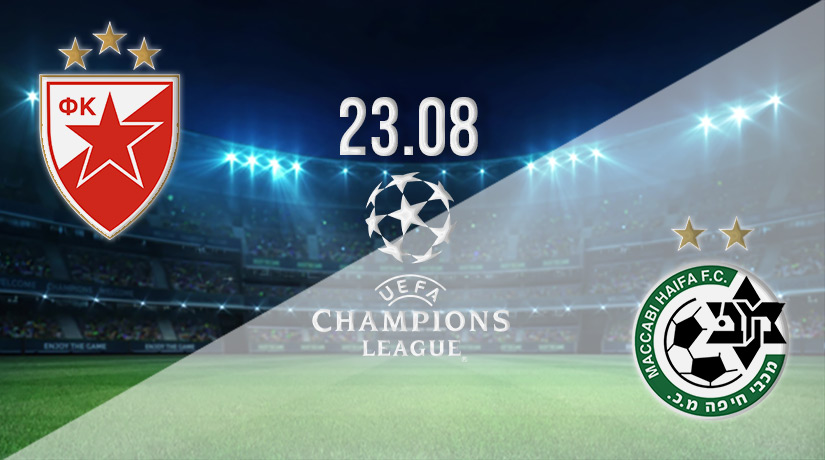 The second legs of the Champions League ties in the playoff round take place this week, and one of the most compelling first legs will reach its inclusion in Serbia on Tuesday evening. The home side will have a big challenge on their hands, as Crvena Zvezda were beaten in last week’s first leg.

There will be a huge challenge in the Champions League playoff round on Tuesday for Crvena Zvezda, as they look to bounce back after suffering defeat in the first leg against Maccabi Haifa last week. They are still very much in the tie though, as they were beaten 3-2 in the first leg.

It was a captivating first leg between the two sides, and Crvena Zvezda looked to be in complete control of the match after 40 minutes. The travelling side in the first leg were ahead 2-1 at the half time break, as Aleksandar Pesic and Guelor Kanga scored to overturn the advantage that a Frantzdy Pierrot goal had given Haifa.

However, the second half didn’t go to plan for Crvena Zvezda, as their lead was eradicated just six minutes into the second half as Pierrot scored his second of the game. The game was then turned on its head ten minutes later as Tjaronn Chery scored the winning goal with half an hour remaining.

It was a close fixture between the two sides, as both registered over ten shots on goal. However, Haifa were the more clinical of the two teams in the first leg, as they recorded five shots on target. The hosts also dominated the possession in the first fixture, and recorded just under 100 more passes than their rivals. However, the pressure will be on Crvena Zvezda to come out in the second half and try and force their way back into the tie.

This will only be the second time that these two sides have clashed in European competition. Haifa won the previous meeting between the teams last week, which means that Crvena Zvezda will be looking for a first victory against their rivals on Tuesday.

There was enough to like about Crvena Zvezda’s performance last week to suggest that they can get the result that they need on Tuesday. However, the fact that both teams looked defensively vulnerable means that both teams to score could be the preferred selection.

Make sure to bet on Crvena Zvezda vs Maccabi Haifa with 22Bet!