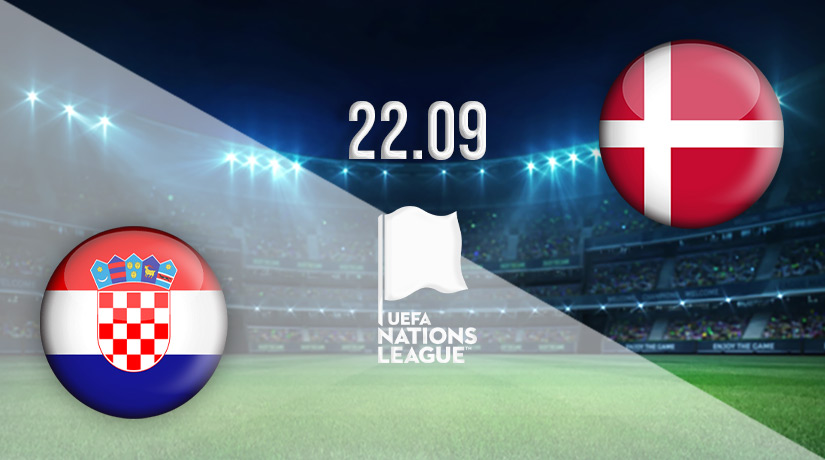 Can Croatia Make Three Consecutive Wins in the Nations League?

Zlatko Dalić will be looking for an energetic performance at the Stadion Maksimir when his men host Denmark.

With the home ground advantage, Dalić will be hoping that his side will be motivated to give a high-intensity and high-energy showing to bolster their chances of taking three points.

The focus will be to match the intensity of the Denmark team that is known for its high-energy and hard-running performances. Dalić will also be wary of the Denmark midfield that can dominate possession and form the basis for their attacks.

Can Denmark Maintain their Advantage at the Top of the Table?

Kasper Hjulmand has established a brilliant balance in his Denmark team; this has translated to fantastic performances in the Nations League campaign, which sees them top their group.

Hjulmand will look to maintain the good Danish form when they face Croatia on Thursday away from home. The focus will be on maintaining their discipline, nerve, and performance levels in this match.

The main concern for Hjulmand will be getting his side back to the national team rhythm after they have spent the last several weeks engaged in their respective clubs’ duties. This will be crucial for their performance levels.

In their Nations League campaign, Croatia have played four matches. In this run, they have won twice, drawn once, and lost once. This means that they have collected 7 points out of the available 12.

Zlatko Dalić’s men started their campaign with a shocking 3-0 home defeat against Austria. They responded to this setback by holding the World Champions France to a 1-1 draw before winning their next two fixtures.

Croatia’s wins came in matches against Denmark (0-1) and France (0-1) on matchdays 3 and 4 respectively. Zlatko Dalić will be looking to leverage this form to make it three consecutive wins in the competition.

Kasper Hjulmand’s men started their Nations League campaign brilliantly with a stunning 1-2 win away to World Champions France. They followed this win up with a 1-2 win over Austria.

Denmark lost their first in the Nations League this term against their Thursday opponents Croatia; this match ended 0-1.

Although their responded by winning 2-0 against Austria, the fact that they lost against Croatia means that they have to take their next match seriously.

Kasper Hjulmand will be looking to ensure that his men maintain their top-of-the-table position with a win away to Croatia on Thursday.

The 37-year-old midfielder is a crucial cog anchoring the Croatia midfield. Modric is an intelligent player that plays in between the lines, keeps possession, and has an eye for a pass.

His passing is important in allowing Croatia to retain possession in dangerous areas. He recycles the ball well within midfield to enable progressive play for the team.

His long-range passing allows Croatia to be dynamic and unpredictable in their play. This also allows the attacking players to make runs confident that they will get the ball in attacking areas.

The Tottenham defensive midfielder is a crucial destroyer for club and country. His main attributes are in tackling, winning back possession, and setting off attacks from deep.

In the clash with Croatia, Hojbjerg will come up against a midfield of Modric, Kovacic, and Brozovic; he will be important in disrupting their rhythm and allowing Denmark to gain a foothold in the middle of the pack.

Croatia will rely on a possession-based play with intelligent runs through the middle and out wide.

Denmark will focus on a hard-running and high-intensity performance with pressing across the pitch.

Croatia, with the home advantage, will win the match and take the three precious points.

Make sure to bet on Croatia vs Denmark with 22Bet!