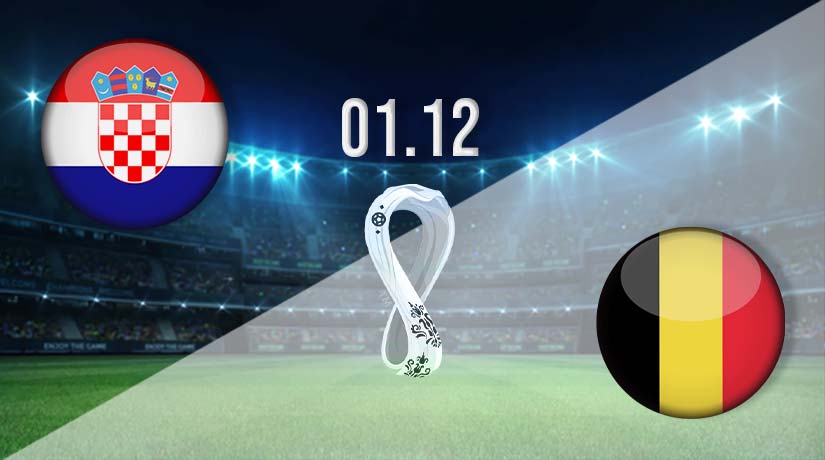 We are in the thick of the World Cup, with the final round of group matches played this week. Many of the pools have already been decided, with the best teams securing their passage to the Round of 16. With teams playing for their position in the competition, tensions will be running high, and that will make for great viewing if you are following the action live on television. There are some eye-catching fixtures to work through, with England v Wales on Tuesday being the highlight so far. But the game we focus on here is Croatia v Belgium.

These sides clash on the opening day of December, with Thursday’s game set for a 15:00 GMT kick-off. This Group F clash pairs two of the biggest sides in the tournament, two teams who began amongst the favourites to go all the way to the final. We could lose one of the sides here as the pool hangs in the balance. Three of the four teams remain in the running for a place in the next stage, with bottom club Canada already booking their flights home. That leaves Croatia, Morocco, and Belgium scrapping to fill the top two positions. Croatia and Morocco are joint top with four points collected from the opening two games.

The stats show that the Croatians and Belgians are strangers to clashing in important games. They have met eight times previously, and there’s little between the pair in the head-to-head stats. Croatia has claimed three wins, and Belgium also has three wins, with the other two matches ending in a draw. The most recent fixture was played in June 2021 when Belgium nicked a hard-fought 1-0 victory. That was achieved thanks to a goal by Romelu Lukaku, with the former Manchester United striker bagging the winner near the end of the first half. He has been missing from Qatar so far but is expected to return from injury in time for this decider. His presence would greatly boost Belgium’s chances of winning the match and going through.

Croatia enters this match sitting in the pole position of Group F, with their stats showing one win and a draw. The four points leave them level on points with fellow pace-setters Morocco, but Croatia enjoys a slight advantage, having scored two more than their nearest rivals. With Croatia and Morocco on four points and Belgium on three, this looks like a straight shoot-out for qualification to the next phase. If Morocco does as pundits expect and beat basement boys Canada, they will move onto seven points, booking their place in knockout football. That means if Croatia can avoid defeat, they will join the Moroccans.

They head into this match on a strong run of form after beating Saudi Arabia 1-0 in a friendly a few days before the World Cup got underway. That result has worked out well as the Saudis have since beaten Argentina, who were the second favourites, with many industry insiders behind Brazil to win the trophy. Croatia was then expected to defeat Morocco in their opening match last Wednesday, but that game failed to follow the script, producing a goalless draw. Despite the score, it was an entertaining game, with both teams having chances to snatch a later winner, although the draw seemed to be a fair result.

Croatia finally got off the mark on matchday two when hammering Canada 4-1 in a real show of strength. The played failed to live up to the hype when bringing the curtain up with a draw, but they were sublime against Canada. Yes, Canada is a team Croatia should be beating and will do on most occasions, but the manner of the victory was impressive. In difficult conditions and with the pressure building, they kept their calm, created plenty of chances, and scored four goals. The strikes came from Livaja and Majer, who got one each, Kramaric putting in a man of the match performance while netting a brace.

Win or bust for Belgium

On paper, Belgium has one of the best teams in the world, their squad packed with individual talent and proven scorers. But this side – once referred to as Belgium’s Golden Generation – has never quite turned it on in major competitions. As a nation and a team, Belgium has never clicked. It seems to be another example of a great bunch of individuals failing to make a great team. Yes, Belgium is a regular at major international football competitions, but they rarely make it as far as fans expect. It could get even worse, and there will be national outrage if they fail to escape a group they looked good enough to win.

Things haven’t gone according to plan for Belgium in Qatar, but the early warning signs were there after they were beaten by Egypt in a friendly designed to keep the players sharp. Choosing Egypt as an opponent to put the finishing touches to the squad seemed like a great idea at the time as it was a team that should give them a challenge, but one the Belgians were picked to beat quite comfortably, scoring a few goals into the bargain. But the Pharaohs were the happier team at the full-time whistle, clinching a 2-1 win against all the odds.

With the team’s confidence taking a knock, some Belgians feared the worst when things got serious, but they were handed an easy opener against Canada. We didn’t realise it then, but Canada was out of its depth and would lose their first two matches. They will head home after just three games. Despite that, Belgium had to settle for a nervy 1-0 win, achieved thanks to a goal scored by Batshuayi moments before the interval. Belgium then lost 2-0 to Morocco on matchday two, sunk by two goals in the final quarter of the match. Saiss got the first before Aboukhlal nabbed a second to kill the game as a contest.

Two teams expected to do better in Qatar, and two teams who will only have themselves to blame if they bow out at this early stage. We will likely lose one of these sides, but which one? If Lukaku is back to match fitness and returns sharp, he could prove to be the difference.

Make sure to bet on Croatia v Belgium with 22Bet!