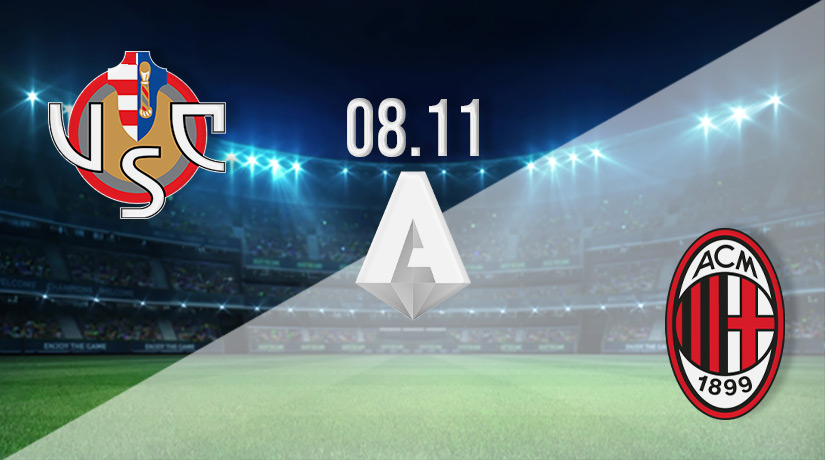 Serie A title chasers AC Milan will be travelling to Stadio Giovanni Zini to face relegation-threatened Cremonese on Tuesday, November 8th at 1945hrs GMT. The visitors will be looking for a win to keep up with table topper Napoli who are ahead of them by 6 points. The home side are yet to win a single match and will be hoping for a fluke win to turn their fortunes around.

Cremonese Remains Winless in Serie A

After 13 Serie A matches, newly promoted Cremonese have managed 6 draws and 7 losses. In those matches, the strugglers have scored 11 goals and conceded a whopping 24 goals. If they are to remain in the Italian topflight, they must quickly turn their season around.

A positive result against legitimate title contenders who have only lost twice would be the morale booster Massimiliano Alvini’s men need. However, given the lack of standout performers so far this season and the overall team performance, it is unlikely that Cremonese will emerge with a positive result.

In an adrenaline-filled moment, the French striker took off his shirt to celebrate his match-winning goal against Spezia in the 89th minute. Having been shown yellow earlier, Giroud will have to serve a one-match suspension and will not be available for the match.

The former Chelsea and Arsenal stalwart has 5 goals and 2 assists in 12 league matches so far. He is the joint top scorer alongside fellow forward Rafael Leao. Milan will feel his absence as he has been instrumental in their season.

Giroud’s contributions have been the difference between 1 and 3 points in key matches, such as his solitary goal against Sampdoria and the late winner against Spezia.

Last time out, Cremonese managed to score 2 goals to secure a point away to Salernitana. However, against a formidable opponent at home to AC Milan, they will struggle to create any meaningful chances.

Expect the Rossoneri to dominate the match and create plenty of chances. While they may not end up with a high score, the visitors are set to collect all three points.

Make sure to bet on Cremonese vs AC Milan with 22Bet!