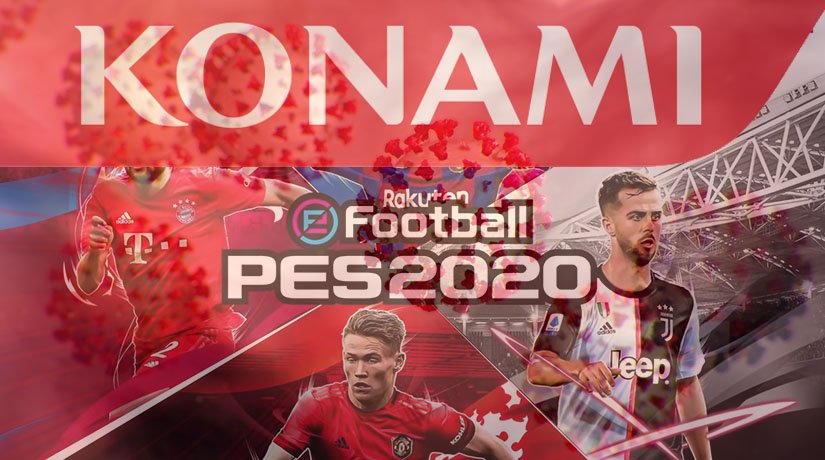 Due to the Coronavirus Outbreak, Konami Postpones Euro 2020 Update for PES 2020

Konami has rescheduled the release of the free Euro 2020 extension for eFootball PES 2020 due to Japan’s recent emergency declaration. Japanese Prime Minister Shinzo Abe has announced that all 47 of the country’s prefectures are in a state of emergency amid the spread of the coronavirus. These measures will remain in force until May 6th.

COVID-19 continues to spread rapidly in Japan. According to the latest data, more than 9 thousand infected people have been registered on the territory of the island state. This does not include 712 infected passengers from the notorious Diamond Princess ship. In total, 195 people died from the disease in the country. The most challenging situation with the coronavirus is observed in Tokyo, where more than 2.5 thousand people were found to be infected.

Konami’s new update was to include fifty-five national teams, as well as a plethora of new stadiums (Krestovsky Stadium and Wembley, for example). The official ball from Euro 2020 was also expected to be added to the game in June. One huge factor in the delay is that UEFA’s Euro 2020 was postponed. But Konami stated that with the emergency in Japan, they cannot release the DLC on April 30, as was expected. But fans do not have to worry. Once the new date of the release will be set, the fresh update will be available for free on Xbox One, PlayStation 4, and PC.Plans for releasing a physical edition of the game were also canceled.

In addition, Konami and UEFA planned to hold an eSports tournament in eFootball PES 2020 in conjunction with Euro 2020. Now it will be held in an online format, even though the organizers had previously wanted to arrange it in London. The final match of the eFootball tournament will be held from May 23 to May 24. The teams will be divided into four groups and the two strongest teams of each group will advance to the quarter-finals.

PES 2020 offers the most realistic football experience that has ever been created in a video game. This football game has even been awarded the title of “Best Sports Game of E3!” Here, players can compete with Spanish champion FC Barcelona, world-famous club Manchester United, German champion FC Bayern Munich and Italian champion Juventus.

eFootball Pro Evolution Soccer 2020 is an amazing football simulator, which has only gotten better since last year. But, in terms of content refinement and its variety of modes, PES still lags behind FIFA series. Players still have a lot of complaints about the interface, graphics, and features of the game. This update was expected to be very popular among eSports fans. Now we can only wait for the lifting of the state of emergency in Japan.