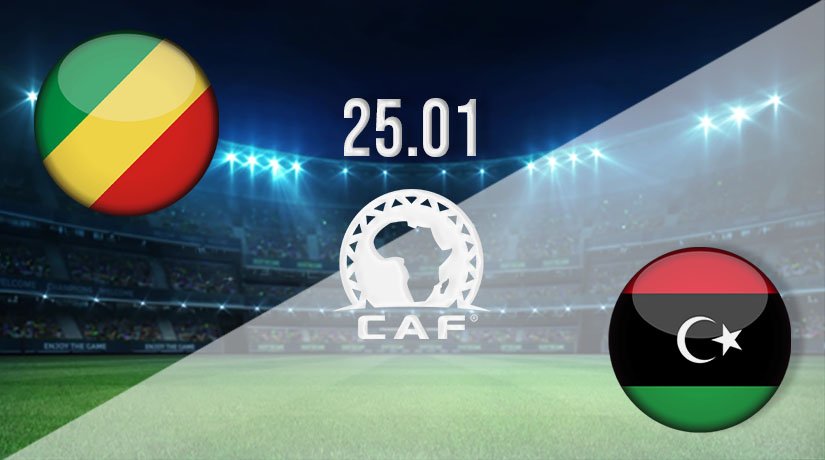 Congo take on Libya in the African Cup of Nations on Monday in the latest round of fixtures from the popular international football tournament. You can follow the play live on television after reading our big match preview as our team of football experts inspect both teams.

The history books show Congo and Libya have met only once before in competitive action with that game played in this competition back in 2018. There was nothing between the teams on the day with the final score reading 1-1. Will we see another well-matched 90 minutes of football or can one team get off the mark with victory?

Congo are currently ranked 91st in the world by governing body FIFA but that is a sizeable drop from their best place of 42nd which was held back in 2015. It’s unlikely this team will get anywhere near that level again soon but if they can go on a run of wins this year, starting with victory over Libya, there’s no reason why they won’t climb the ladder.

They didn’t play too well in the African Nations 2018 and suffered a hurtful 2-0 defeat against Zimbabwe after fighting out a 1-1 finish with DR Congo. Congo fell behind to an opening goal on 25 minutes in that game but were able to get themselves level with a strike from Bifouma just before the half-time interval.

Libya’s international football team are ranked a lowly 111 by FIFA but they do have a proud history in the game and were once as high as 36 in the charts. That’s quite a drop and it’s possible we’ll see the reason they have fallen so far since 1997 but the squad will believe they are good enough to make a statement and grab an important win here.

Libya were in decent form during the African Nations in 2018 when holding on for a goalless draw against South Africa – quite the achievement versus the World Cup regulars – before hammering Seychelles an astonishing 8-1. While keeping the level of opponent in mind there, Libya still deserve enormous praise for their performance in that game.

This looks a game involving two evenly matched sides and it would come as no surprise to see the pair produce an entertaining 90 minutes of football.

Make sure to bet on Congo vs Libya with 22Bet!