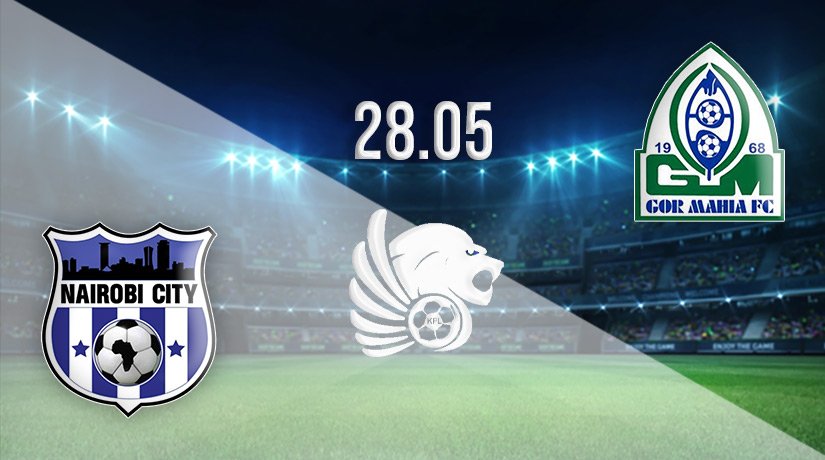 It will be fourth versus fifth when City Stars face Gor Mahia in the Kenya Premier League (KPL), as K’Ogalo seek to leapfrog City Stars into fourth place on the table on Saturday at Nyayo Stadium at 11:00GMT.

Can City Stars Maintain Pressure on Third-Placed Bandari in the Run-in?

City Stars are six points behind Bandari on the KPL table and three points ahead of Saturday’s opponents Gor Mahia.

With three matches remaining in the season, City Stars will be looking to maintain pressure on Bandari as they seek to climb the table in the run-in.

At the same time, the match against K’Ogalo provides an opportunity to put some distance between them and ensure that they finish within the top four on the KPL table.

Can Gor Mahia Leapfrog City Stars into Fourth on the Table with a Win?

Gor Mahia will be looking to improve their standing on the table since their title hopes have fizzled out in recent matches due to their poor form.

K’ogalo will know that a win against City Stars on Saturday will see them climb to fourth on the table and leapfrog City Stars in the process.

Gor Mahia will also be aware that a loss will allow Kariobangi Sharks an opportunity to catch them on the table since they are only three points behind with three matches remaining in the KPL season.

City Stars’ form has been stop-start in recent matches. They have won once, drawn twice, and lost twice in their last five outings in the KPL.

This means that they have collected five points and dropped 1o in the process. This run of form has seen them fall down the table and their title hopes have fizzled out as league leaders Kakamega Homeboyz have pulled 10 points clear on the table.

City Stars will be looking to revive their form and get back to winning ways when they host Gor Mahia on Saturday.

K’Ogalo are unbeaten in four KPL outings. However, they have won just once in the last five matches.

Gor Mahia have won once, drawn three times, and lost once in their last five outings in the KPL. This means they have collected six points and dropped nine in this run.

This run of form has seen K’ogalo’s title hopes fade away with just three matches remaining; they are currently 12 points behind league leaders Kakamega Homeboyz.

Gor will be looking to turn their three consecutive draws in the league into a win when they face City Stars on Saturday.

The City Stars forward has been pivotal for the team this season. His play, creative approach, and pace have been crucial tools for City Stars’ ability to break down defences, create chances, and penetrate backlines.

Kipkirui will be crucial for City Stars in their clash with Gor Mahia, which is expected to be a tight and cagey affair.

Therefore, Kipkirui will be important in creating chances for his teammates, pressing from the forward areas, and penetrating the K’Ogalo defence.

Onyango has been one of the standout performers for K’Ogalo this season with his goals, pace, work rate, and creative play.

With three matches remaining this season, Gor Mahia will need to maintain pressure at the top half of the table in the run-in. Onyango will be crucial for the team by providing the cutting edge in front of goal.

Onyango will especially be important in K’ogalo’s pivotal clash against City Stars as they bid to leapfrog them to fourth on the KPL table heading into the tail end of this season.

City Stars will look to dominate possession and control the tempo of the match through their patient and possession-oriented midfielders.

Gor Mahia will look to implement a vertical play approach to the match as they will look to pass quickly and enhance their chances of creating goal-scoring opportunities and opening up the City Stars’ defence.

A draw is the likely result for this match owing to the current form and defensive solidity of the two teams.

Make sure to bet on City Stars vs Gor Mahia with 22Bet!